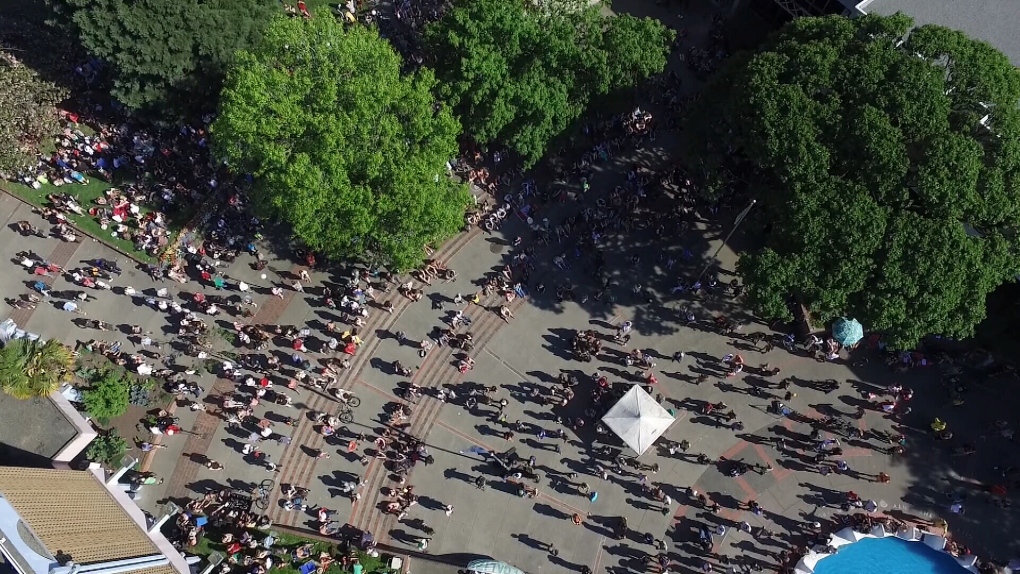 Hundreds of people packed Victoria's Centennial square to toke up at a marijuana rally for the annual tradition known as 4/20. April 20, 2016. (Courtesy Kevin Hooper)

Hundreds of pot users are expected to light up at the BC Legislature for 4/20 on Saturday.

The annual gathering that usually takes place in Centennial Square was moved to the lawns of the Legislature this year. Organizers say this year's crowd will be celebrating legalization and protesting the B.C. government's slow roll out of legal retailers.

The Cannabis Act came into effect in October across the country, making it legal for licenced operators to sell pot and for people to possess 30 grams of dried flower.

The B.C. government has issued 18 licences to pot shops to date, leaving many stores operating outside the law.

4/20 gatherings have been around since the 1960s to protest the criminalization of the use of cannabis.

Ted Smith, a long time pot activist, will emcee this year's event at the Legislature.