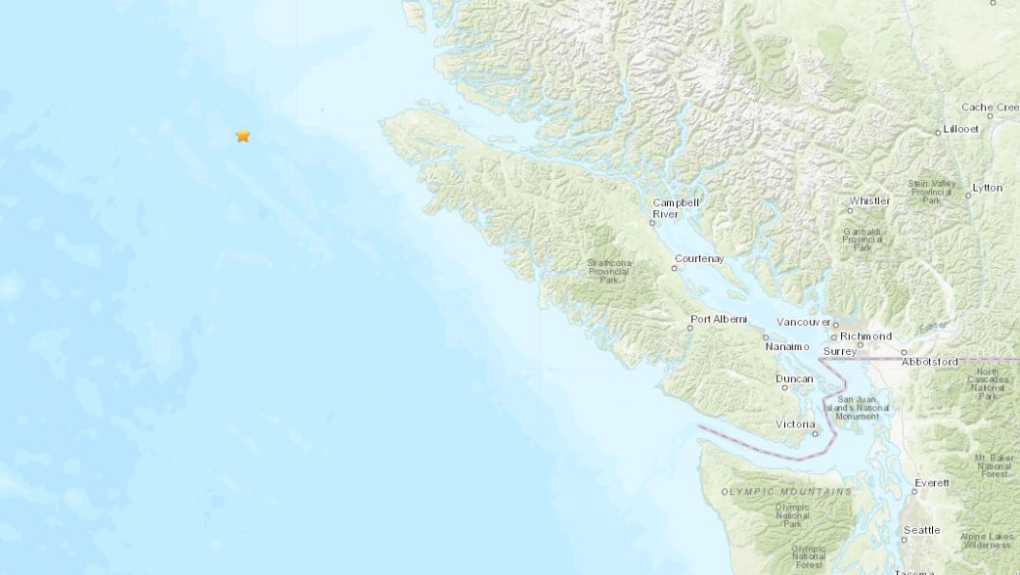 According to Earthquakes Canada, the quake happened at approximately 5:43 a.m., roughly 179 kilometres west of Port Hardy.

Environment Canada says that there are no reports of damage and that "none would be expected" after the earthquake shook at a depth of five kilometres.

The agency says that no tsunami is expected following the quake.

Monday's rumbling marks the third earthquake with a magnitude greater than 4.0 reported off B.C.'s coast since the start of 2020.