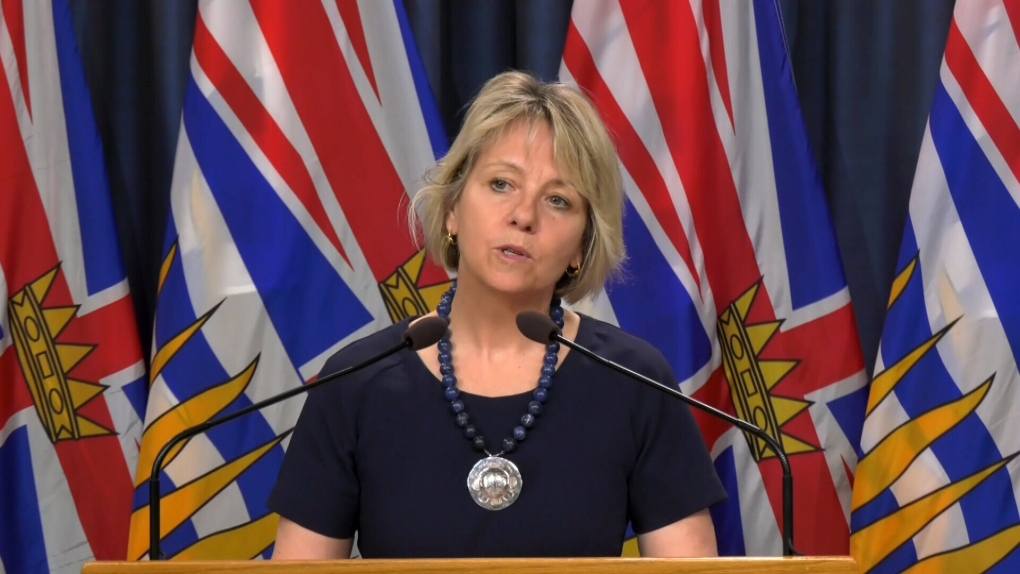 B.C. provincial health officer Dr. Bonnie Henry announced the new deaths at her daily briefing on the pandemic. A total of 31 people have now died from the virus in the province.

Thursday's new deaths surpassed the five deaths health officials announced on Tuesday, making the last 24 hours the deadliest period of the pandemic in B.C. so far.

The deaths also included the first two recorded in the Island Health region.

"While this is not unexpected in this pandemic, it does nothing to mitigate the grief families and friends are feeling today, nor the sense of loss Island Health care providers experience when someone in our care passes away."

Henry also announced 55 new positive tests for the virus, bringing the total number of people who have tested positive for COVID-19 in the province to 1,121.

Of those, 149 are in hospital with the virus and 68 are in intensive care units around the province.

Asked about the lower number of hospitalizations in B.C. relative to some other jurisdictions, Henry said she believes it's attributable to the measures the province has put in place to slow the spread of the virus. She said those measures were implemented fairly early on in B.C.'s outbreak, when there were relatively few cases of community transmission of the virus in the province.

"This is our flattening of our curve, and we are hopeful that that will continue," Henry said. "But we can't take our foot off the pedal yet."

The provincial health officer reiterated the need to maintain physical distance of at least two metres from others when outside the home, as well as the legal requirement that people returning to Canada from other countries isolate themselves at home for 14 days upon their arrival.

Henry also asked people to avoid non-essential travel within the province, particularly to smaller communities where there may be fewer health-care resources available.

"There are many of our smaller communities that are very concerned about people coming to vacation homes, to fishing lodges, etc.," she said. "I am asking people now to forego those types of travel."

Four of the six new deaths announced Thursday happened in the Vancouver Coastal Health and Fraser Health regions, where all of the deaths in the province had been recorded until now.

The remaining two deaths were recorded on Vancouver Island, the first time anyone has died from the virus in the province outside the Lower Mainland.

A total of 641 people who tested positive for the virus are now considered fully recovered, Henry said.

The majority of B.C.'s total positive tests for COVID-19 have been found in the Lower Mainland, with 525 recorded in Vancouver Coastal Health and 386 in Fraser Health.

There are also 21 long-term care homes across those two regions where outbreaks of the novel coronavirus have been discovered. Many of those who have died in the province have been residents of such facilities.

Elsewhere in B.C., there have been 72 cases of COVID-19 recorded in the Island Health region, 121 in the Interior Health region and 17 in the Northern Health region.

On Thursday, Henry also announced a new "community outbreak" in the Interior Health region: An inmate at Okanagan Correctional Centre has tested positive for the virus, she said.

"This is, of course, something that we have been concerned about and planning for," Henry said. "There were a number of measures put in place to try and reduce the risk of introduction of COVID-19 into all of our correctional facilities, both the provincial ones and the federal correctional facilities across the country."