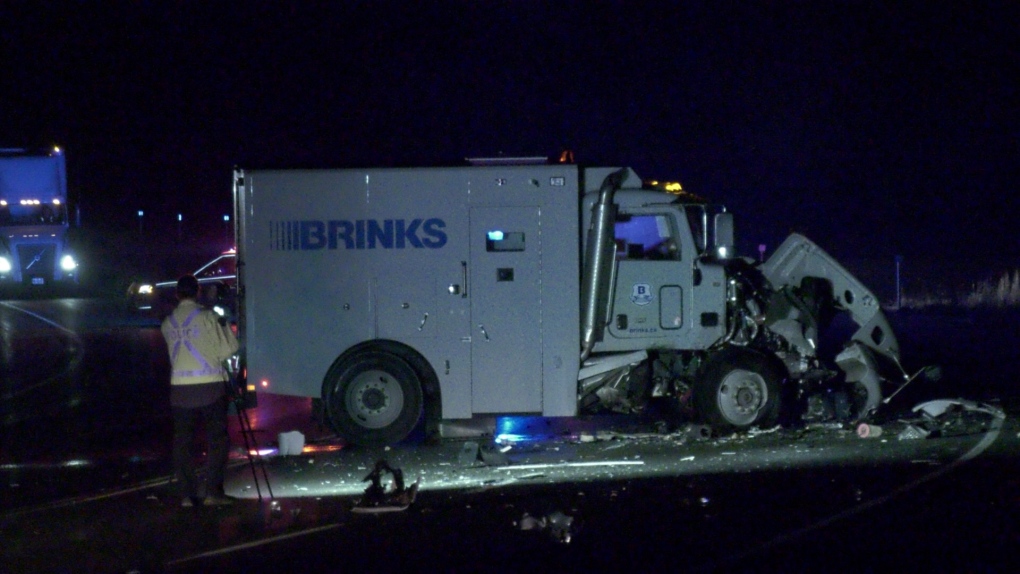 COURTENAY -- One person is dead following a two-vehicle crash Sunday evening near the Comox Valley.

Police and first responders were called to a report of a crash along the Comox Valley Parkway near the Comox Logging Truck Road after a small passenger vehicle collided head-on with an armoured truck.

Crews from the Courtenay Fire Department were called to the scene twice; once for the initial accident and then a second time a few hours later to extricate the victim after the coroner and accident investigators were finished their work. 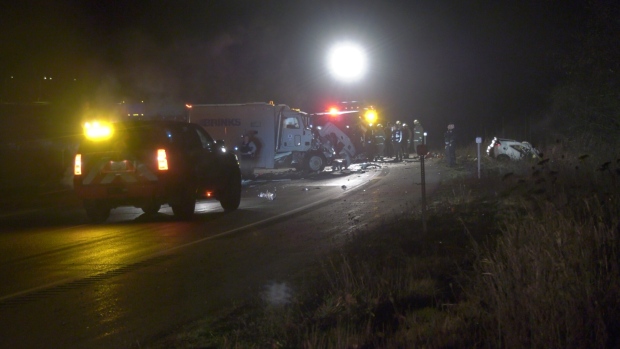 Police are hoping other motorists who may have been in the area at the time may be able to provide assistance.

"Investigators are looking for witnesses who observed the collision or the vehicle prior to the collision, or who may have dash-cam footage" said Const. Monika Terragni of the Comox Valley RCMP.

A white Mercedes ended up in a ditch along the parkway after making contact with the armoured truck operated by Brinks security.

The two Brinks personnel from the armoured truck were uninjured and one could be seen walking around the scene talking with RCMP. Both vehicles sustained heavy front-end damage.