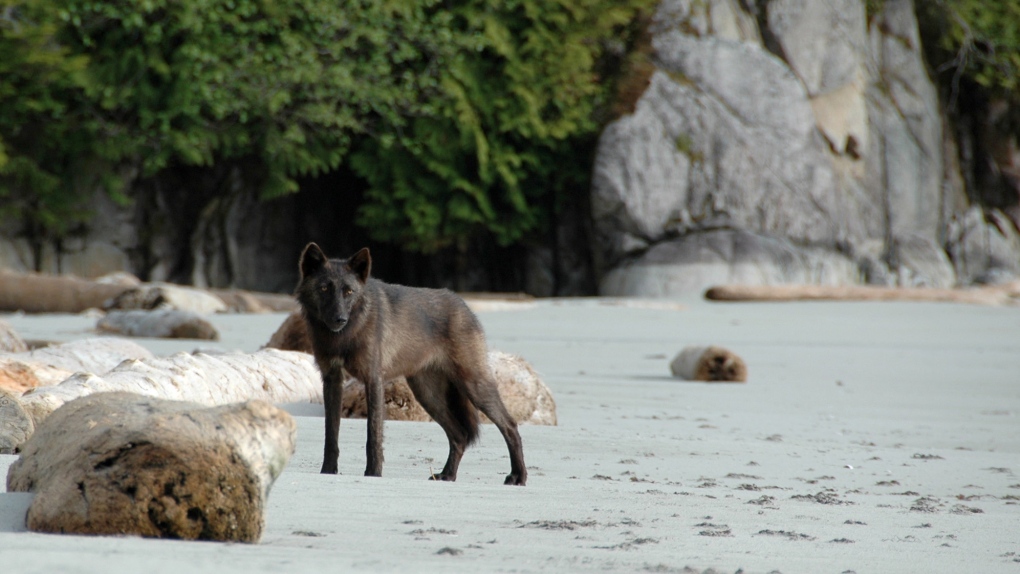 Staff at Pacific Rim National Park Reserve are warning long-weekend travellers to keep an eye out for wolves after several close encounters shut down part of the park late Thursday and early Friday.

The encounters happened Thursday along the Willowbrae Trail in the southern end of the park. Several groups of hikers said they were followed by a group of three or four wolves.

“There was a cluster of three or four incidents of very close approaches of these wolves to people, and following people, then going into the bush and then reappearing a little while later,” said Renee Wissink, manager of resource conservation for Pacific Rim National Park Reserve.

The section of the park was shut down Thursday night as staff swept the area.

Park biologists say a group of wolves in the area are highly habituated or unafraid of human contact, and one dominant male in particular has been coming troublingly close to hikers.

The wolves were not spotted for several hours Friday and likely left the area, staff say, and it was reopened to the public.

A wolf advisory has been in effect in the Long Beach section of the park since November of last year due to close encounters.

The advisory means that it’s mandatory for dog owners to keep their pets on a leash or leave them behind if possible, as wolves are attracted to dogs.

Experts say if you see a coastal wolf make as much noise as possible, yell at the animal and use bear spray if it gets too close for comfort.