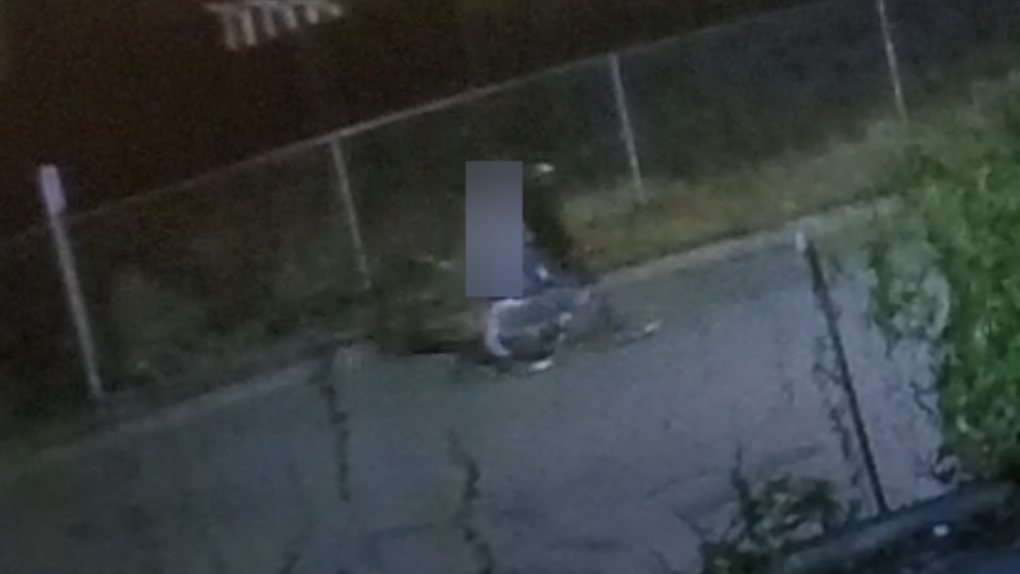 Police provided an image of the alleged altercation, possibly taken from a nearby security camera. (VicPD)

VICTORIA -- Police in Victoria are searching for witnesses after a violent sexual assault in the city's downtown core.

Patrol officers were called to the 600-block of Pembroke Street just before 11:30 p.m. Monday.

Investigators say that shortly after 10 p.m., an unknown man violently assaulted and then sexually assaulted the victim in a fenced-in area between Pembroke Street and Princess Avenue.

Paramedics attended the scene and took the victim to hospital with non-life-threatening injuries.

The alleged perpetrator is described as a Black man between 30 and 40 years old, standing approximately six feet tall with a slim build. He has short hair and was reportedly "well-dressed" in a surgical mask, jeans, and a T-shirt.

The victim reported that the man spoke with an East African accent and was pushing an older-style racing bicycle.

Police provided an image of the alleged altercation, possibly taken from a nearby security camera.