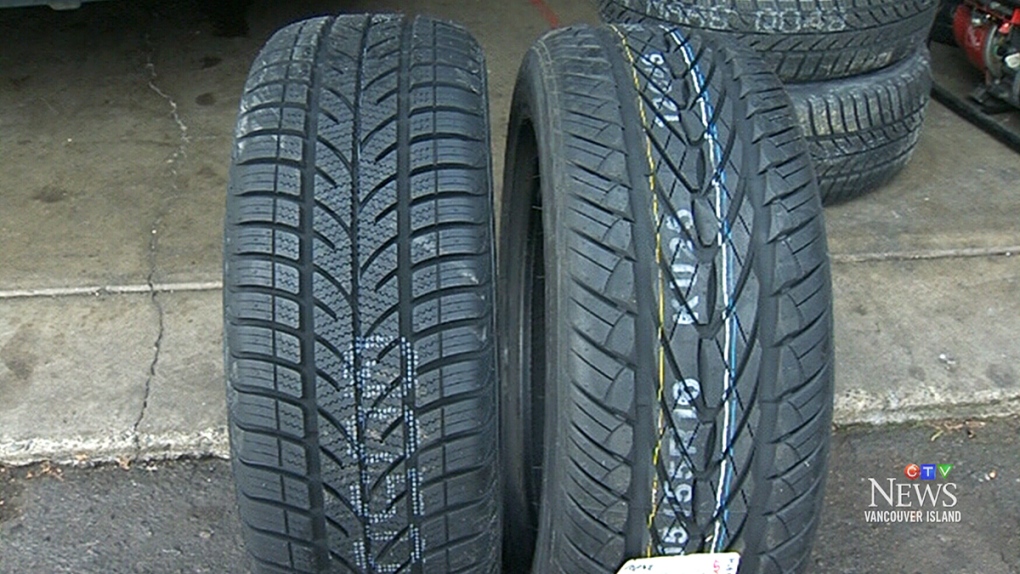 Travellers who plan on driving on the Malahat and other mountain passes on Vancouver Island must outfit their vehicles with winter tires or mud and snow tires starting this week.

Starting on Tuesday, Oct. 1, the province will require the tires on standard vehicles and chains or winter tires on heavier commercial trucks and buses until Apr. 30.

The seasonal tires will be required on high-elevation stretches of highway, like the Malahat, Sutton Pass and Coquihalla. Routes that require these special tires will be marked with regulatory signs, according to the province, and patrolled by police and other transportation officials.

According to the province, vehicle crashes due to driving too fast for the road conditions increases by 87 per cent in December from October each year.

"Winter is on its way and I urge people to make sure they use good winter tires, slow down when driving in winter conditions, and plan ahead by checking DriveBC," said Minister of Transportation and Infrastrucutre, Claire Trevena, in a news release on Monday.

Drivers found not using proper tires can receive a fine of $109.

Meanwhile, starting on Tuesday, the Ministry of Transportation and Infrastructure's heftier fine system for commercial trucks that are caught not using chains will come into effect.

The base fine for forgetting chains will increase from the current $121 to $196 while the penalty for neglecting to install chains will climb to $598.

More information on provincial highways that require winter tires can be found on the B.C. government's website here.