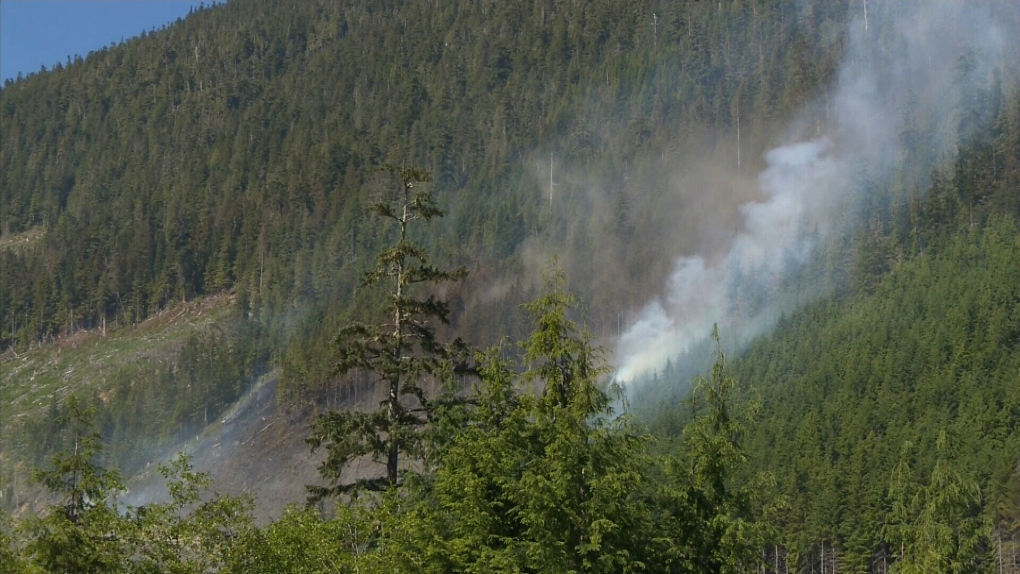 More than three dozen firefighters are back on scene of a wildfire on northern Vancouver Island trying to get the scorching flames under control.

Officials say the fire just north of Nimpkish Lake Provincial Park was 50 per cent contained as of Friday afternoon.

The wildfire is smaller than originally reported due to smoke being pushed down in the area, making it appear as 20 hectares when it’s actually 10 hectares, the Coastal Fire Centre says.

Three helicopters, 35 firefighters and an air tanker have been battling the wildfire since Thursday.

“We really need people not to start fires right now, we’re going to have enough difficulty coming up with lightning,” said Donna MacPherson with the Coastal Fire Centre. “We want people to be very careful when they’re in the forest whatever it is that they’re doing.”

The centre said expected heavy winds did not materialize as expected, helping slow the spread of the fire.