When in gnome: Woman’s lawn ornament ‘kidnapped’ to Mexico and back

Beautiful photos of a motorhome vacation down south showed up at Bev York’s home last week – but she’s not in any of them.

“Near the end of the year I noticed it was missing from the end of the driveway, but I didn’t think anything of it. I thought somebody stole it,” she said.

But last week, York spotted something in the exact same spot her gnome had gone missing from. It was Leopold, wrapped up in plastic, and he wasn’t alone.

“I opened up the bag and it had a beautiful book and story, and it just brought a smile to my face,” she said. “I walked back and I was reading it. It was so cute.”

Whoever thieved the little lawn ornament put together a photo album of his months-long adventure, posing him for pictures in places as close as Port Angeles and as far away as San Ignacio, Mexico.

“Hi, my name is Leopold the travelling gnome,” the book says. “One morning back on December 15, I saw a motorhome along Finlayson Arm Road and I thought to myself, there’s got to be more to life than standing here knee-deep in rainwater being peed on by the neighbourhood dogs and staring at the same view every single day.”

York said she has “no idea” who pulled the elaborate prank. The only hint is a a toddler seen cuddling with the gnome in a few of the photos, who is unknown to York. 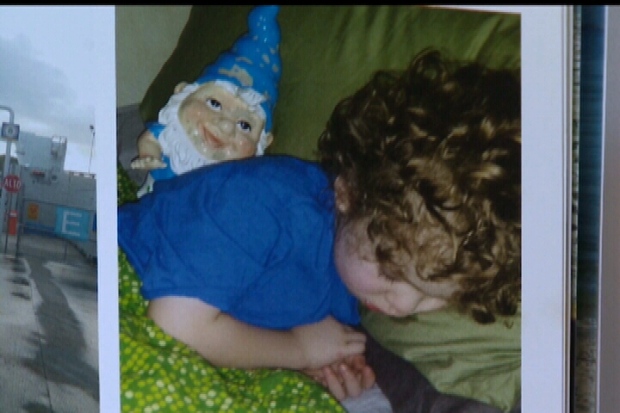 But she’s the furthest thing from upset, even though Leopold came back with a little more wear-and-tear than when he left.

“He had, it looks like, a big margarita, so he might’ve been damaged after that,” she said, laughing. 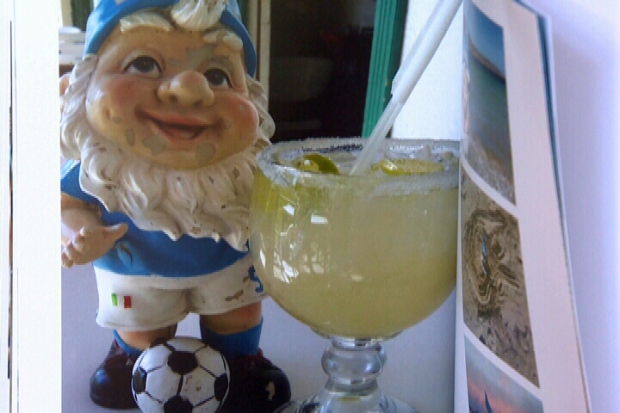 Whoever did it, if their goal was to brighten someone’s day – they succeeded.

“I think it’s a good news story in a time when there’s lots of bad news. I think it’s very sweet that they went to all that trouble and made that beautiful book,” said York. “It’s nice to bring sunshine into somebody’s day.”

It’s not the first time a lawn gnome has been kidnapped for a whirlwind vacation.

While York’s gnome has received a special new position on her property – under a “24 Hr. Surveillance” sign – he left some final words of wisdom in the album.

“Hope you enjoyed my album. Sorry I disappeared for so long, and remember: adventure before dementia.”