Wet'suwet'en hereditary chief in self-isolation says meetings have been postponed 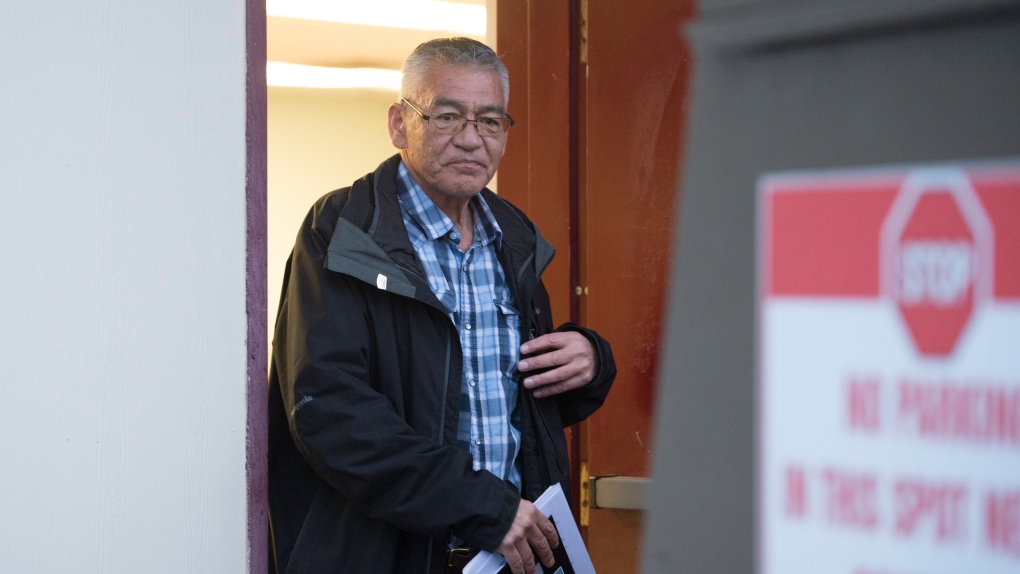 Hereditary chief Na'Moks is seen leaving the Wet'suwet'en offices in Smithers, B.C., Thursday, February 27, 2020. Na'Moks along with other hereditary chiefs met with Minister of Crown-Indigenous Relation, Carolyn Bennet along with Provincial Ministers to discuss the ending blockades happening across the country. The blockades are set up by those opposed to the LNG pipeline in northern British Columbia. THE CANADIAN PRESS/Jonathan Hayward

A Wet'suwet'en hereditary chief says all meetings and discussions about a draft deal that centres on Indigenous rights and land titles have been postponed because of the COVID-19 pandemic.

Hereditary Chief Na'moks says it is a precaution to ensure the safety and health of their elders.

He says they have no set date for continuation of the discussions.

On March 1, Wet'suwet'en hereditary chiefs and senior government ministers reached a proposed arrangement following days of discussions over a pipeline dispute that prompted solidarity protests and transport disruptions across Canada.

Chief Na'moks says he also began self-isolation Tuesday as a cautionary move because he recently attended large meetings and gatherings.

He says it is better to be safe than sorry, especially since he spends a lot of time with the elders.

He says the nation plans to keep the size of gatherings and cultural activities to a minimum.