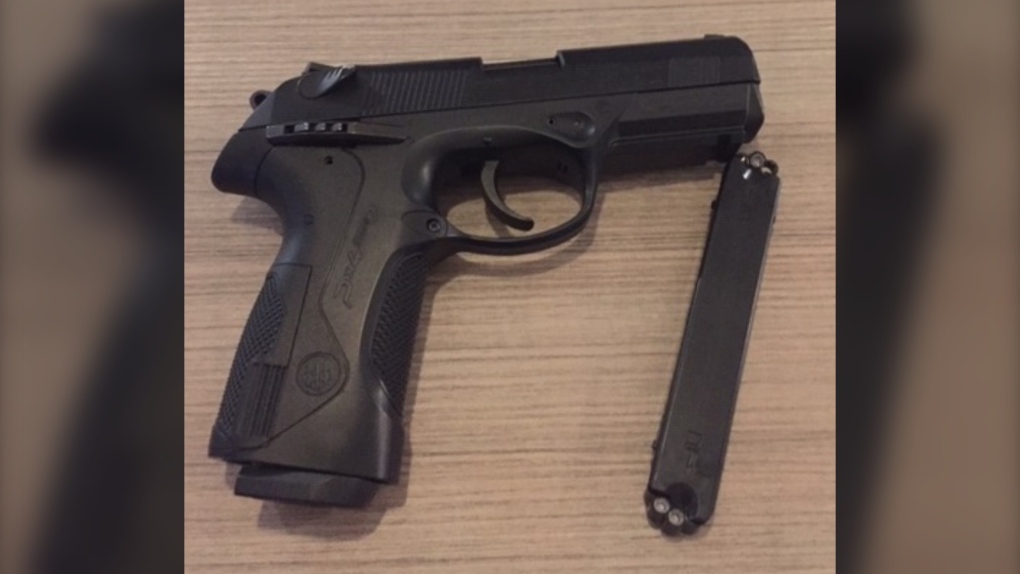 West Shore RCMP had to restrain a Vancouver man who was resisting arrest and brandishing a replica handgun in View Royal on Thursday evening.

The incident began at approximately 9:30 p.m. when police received reports of a man holding a handgun near a Thrifty Foods at 1495 Admirals Rd.

When officers arrived, the man refused to cooperate with police and had to be physically restrained before RCMP members were sure that the handgun was a replica.

"Police were informed by a witness that the male was holding what looked like a 9mm handgun," said Const. Nancy Saggar of the West Shore RCMP.

"Frontline officers located the suspect walking along Admirals Road and arrested the suspect for possessing a firearm. The suspect struggled with police and had to be restrained," she added.

Once the man was taken into custody officers discovered two black airsoft pistols in his waistband.

The man now faces multiple charges including possessing a weapon dangerous to the public and obstructing a police officer.

While airsoft guns are legal to purchase, West Shore RCMP say owners using them in a ways that could pose a risk to the public will be investigated.

"Please be aware of your surroundings and public perceptions when handling airsoft guns," said the West Shore RCMP.