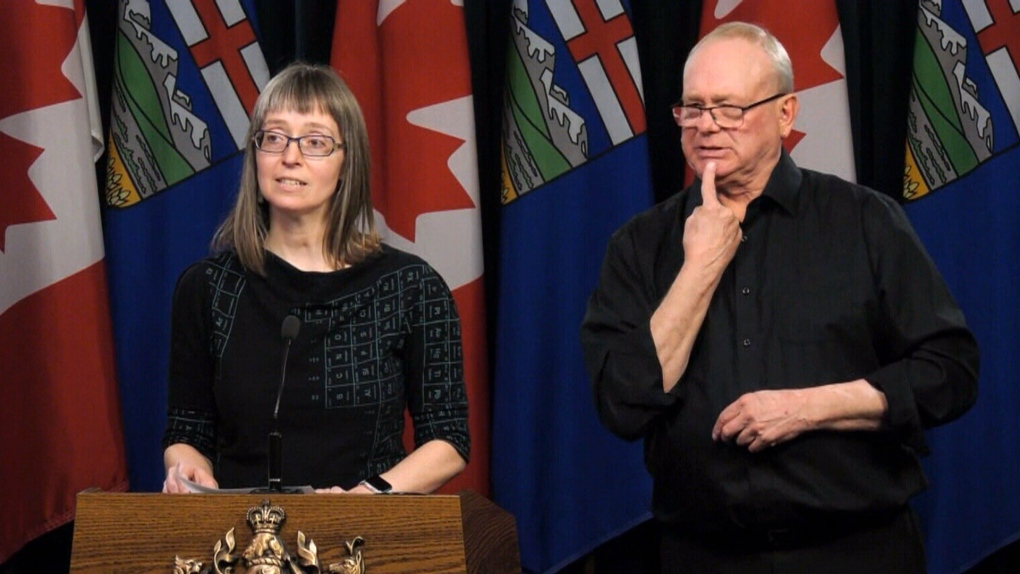 VICTORIA -- A Victoria clothing maker says it has seen a surge in demand for a dress Alberta's chief medical officer wore during a COVID-19 briefing this week.

Smoking Lily owner Trish Tacoma says her company's inbox has been teeming since Deena Hinshaw was seen on TV wearing the charcoal grey half-sleeve dress emblazoned with the periodic table of elements on Tuesday.

Tacoma says the Point Grey Periodic Table dress was sold for seven years before it was taken offline about six months ago.

Now, Smoking Lily is scrambling to ramp up production again at a time when everyone is being advised to keep their distance from one another in the face of the virus.

She says Smoking Lily is giving 10 per cent of the proceeds to the Mustard Seed Street Church in Victoria.

Tacoma says the printer, cutter and seamstress can all do their jobs in isolation from one another, but that means it will take a few weeks for the dresses to make their way to customers.

“It's going to be a lot slower, but it's not like we have anywhere to rush off to wear our new dresses anyway,” she said.

Tacoma said she was in tears when she told her 18 employees that the shops and studio had to close down on Monday, but the messages from customers have cheered her up.

Many have sent her screen grabs of Hinshaw wearing at least five Smoking Lily garments in the past week.

“She probably didn't think that when she went and became a doctor that she'd actually become a fashion model for us.”

Many of the messages Smoking Lily has received included praise for Hinshaw's handling of the crisis, such as: “Smart lady wearing a smart dress.”

This report by The Canadian Press was first published on March 19, 2020.