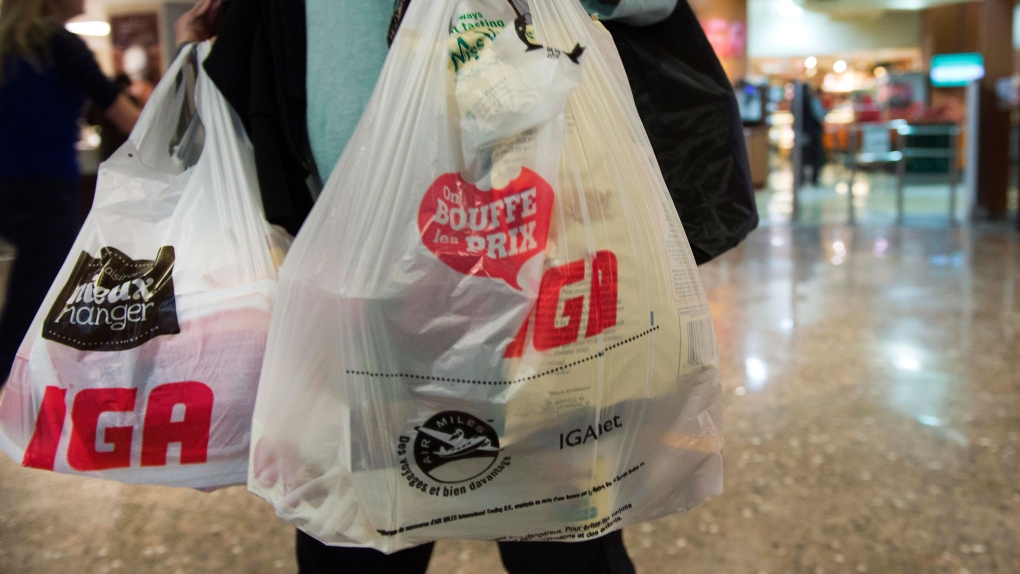 A woman leaves a grocery store in Montreal on Friday, May 15, 2015. (Ryan Remiorz / THE CANADIAN PRESS)

The City of Victoria is one step closer to banning single-use plastic bags.

Council expressed unanimous support Thursday for a six-month period of engagement with grocery stores, advocates and other stakeholders leading up to a vote on a phased-in ban.

“It would be subject to the engagement and to the vote of council that night, and again, other places that have done this successfully have done it with the community, not to the community,” said Victoria Mayor Lisa Helps.

Council also added an amendment to address the single-use bag ban at a regional level, meaning Helps would take it to a CRD environmental services committee to draft a model bylaw that all municipalities in the region could adopt.

“It looks like those relationships are there to do this in a way that’s successful,” she said.

Over the next six months, stakeholders including grocery stores that would be majorly affected will have a chance to weigh in with their concerns, and the city will also get a chance to have advocates raise awareness about the detriments of plastic bag use.

A public hearing on the proposed ban will be held in October.

Only seven Canadian municipalities have plastic bag bans in effect, including a voluntary ban in Tofino. No cities in B.C. have legislated an outright ban.