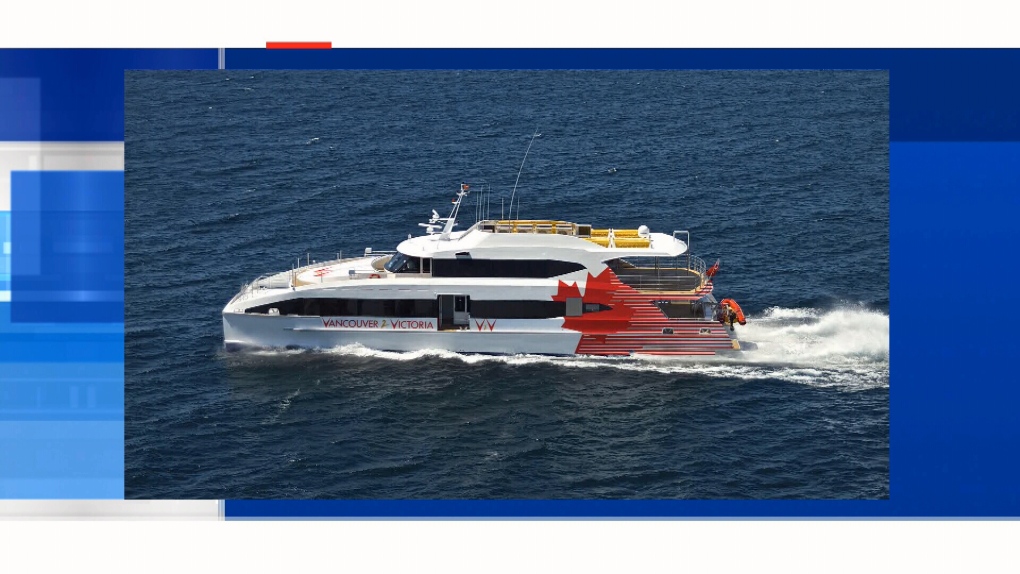 A picture of a Riverside Marine catamaran is shown in this undated photo. Two vessels could dock in Victoria after plans were announced to introduce a downtown to downtown ferry service linking the B.C. capital to downtown Vancouver, Wednesday, Sept. 16, 2015. (Riverside Marine)

The company planning to establish a downtown Victoria to downtown Vancouver passenger service has agreed to terms on its new Vancouver Island headquarters.

The agreement includes office space in the terminal and a water lot in the harbour.

The company’s high-speed jet catamaran will be able to transport 300 passengers from harbour to harbour on a three-and-a-half-hour trip.

Sailings are expected to depart Vancouver at around 8 a.m. and from Victoria at around 1:30 p.m.

When the proposed ferry was first announced in September, Riverside Marine's CEO Hume Campbell said it would cost about $80 for a one-way ticket between the harbour and Vancouver’s convention centre.

The company said it will begin work retrofitting its catamarans early this year.

Service is expected to begin sometime in summer and will be fully operational in 2017.