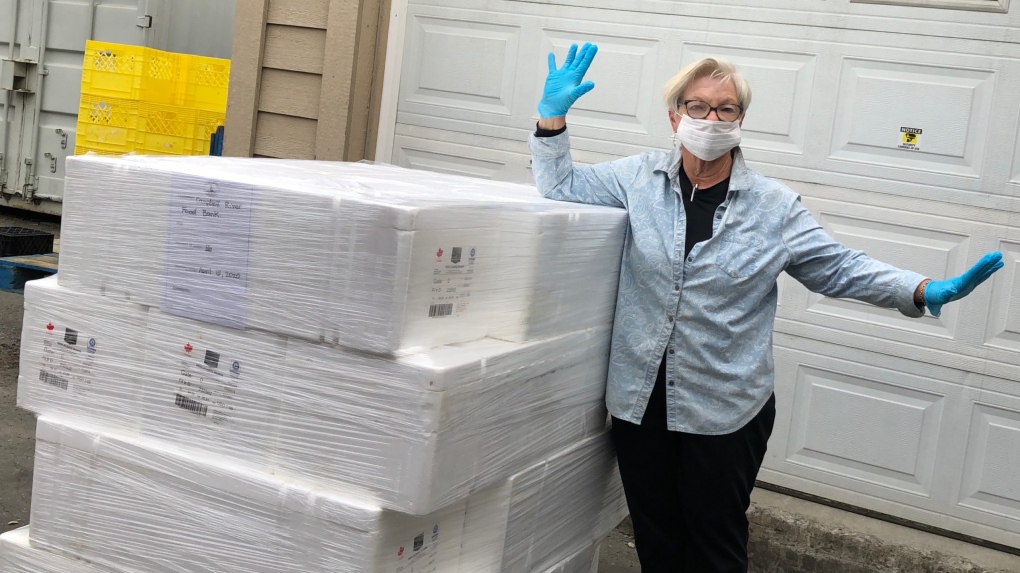 VICTORIA -- Several Vancouver Island-based fish farms are helping donate roughly 200,000 meals to food banks across the province, according to the BC Salmon Farmers Association (BCSFA).

As the health-crisis has stretched on, demand at charitable organizations has also increased, according to Food Banks BC.

“In some instances, numbers have already doubled and we’re seeing line ups grow longer, yet food donations are down,” said Laura Lansink, executive director of Food Banks BC.

“It’s a very stressful situation for our food banks and we anticipate we will feel the repercussions of this for one or two years into the future.”

The association says that Cermaq Canada and Grieg Seafood BC are donating the equivalent of 86,000 cans of fresh Atlantic salmon to food banks, which will be processed and canned at St. Jean’s Cannery & Smokehouse in Nanaimo.

Aquatrans Distributors Inc. will then shoulder most of the transportation costs of moving the salmon to the cannery, and then to local foodbanks.

Meanwhile, Mowi Canada West has promised to donate 1,000 pounds of Atlantic salmon per week to food banks, which will be processed by Hardy Buoys Smoked Fish in Port Hardy.

On Vancouver Island’s west coast, Creative Salmon will be donating canned salmon to food banks in the Tofino and Ucluelet area.

Meanwhile, on the mainland, Golden Eagle Aquaculture will be donating cases of canned land-grown coho salmon to those in need.

“I have been with Food Banks BC for almost a decade and I have never received a donation like this before,” said Lansink.

“Protein donations truly are hard to come by, so we are so grateful to B.C. salmon farmers for stepping up, particularly at this time of COVID-19 when food, and especially protein, is in such short supply,” she said.

Since the COVID-19 pandemic began, local food banks have been asking for donations to keep up with growing demand.

Meanwhile, some island nurses have also asked that people donate to food banks instead of sending them gifts for their efforts during the health crisis. To make donations in honour of health-care workers, visit the Mustard Seed’s website online here.