The slashings occurred around the area of Myrtle Avenue and Queenston Street. (File photo)

The tires of seven vehicles were slashed in Saanich near Hillside Mall on Tuesday night.

The slashings occurred around the area of Myrtle Avenue and Queenston Street.

Five of the vehicles had all four tires punctured, according to Saanich police.

All of the vehicles were parked either in driveways or on the street.

Saanich police are asking anyone with information to identify the tire slasher to call police or notify Crime Stoppers. 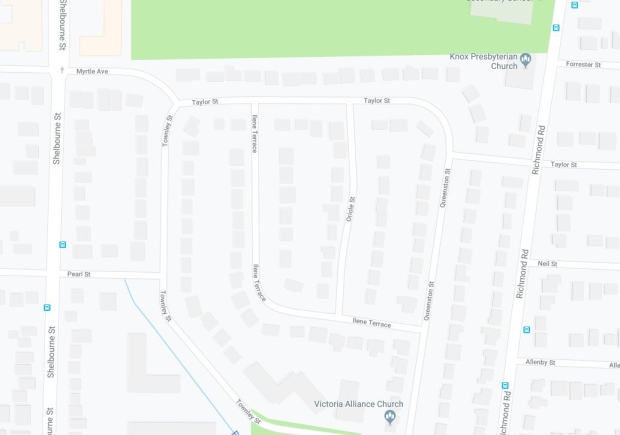 The area where vehicles were targeted. (Saanich Police Department)