A home security camera captured the moment when a stolen vehicle crashed into a parked car and launched itself into a dirt pile before rolling down into a ditch in Nanoose Bay.

The accident happen around 11:45 p.m. Monday evening along the northbound lanes of Island Highway East in Nanoose Bay.

Marcy Sjostrom, whose son owns the vehicle that was struck by the stolen car, has a home security camera that captured the whole thing.

“You see some headlights and then you hear a crunch and bang," Sjostrom told CTV News. "Then the lights of the car flipping over." 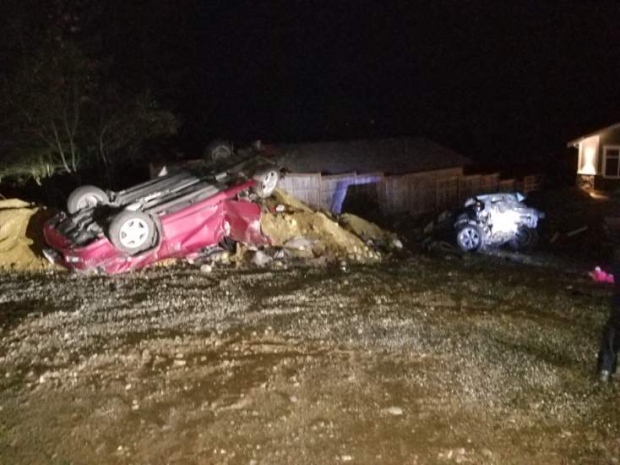 Her security camera also shows the lone occupant of the grey vehicle get out and walk away uninjured.

She and her family didn’t hear a thing when the accident happened until there was a ring at the door about an hour later.

“We had no idea it happened, not until the cop rang the doorbell,” said Sjostrom.

Sjostrom's says that RCMP officers told her that the vehicle that had hit her son’s parked car was stolen from the Greater Victoria area and that officers had tracked the driver to a nearby gas station.

Oceanside RCMP have told CTV News that a police dog was brought to the scene and followed the driver's scent to the Petro Canada gas station in Nanoose Bay. While the suspect was not located Monday evening, police say that they may have a suspect in mind. 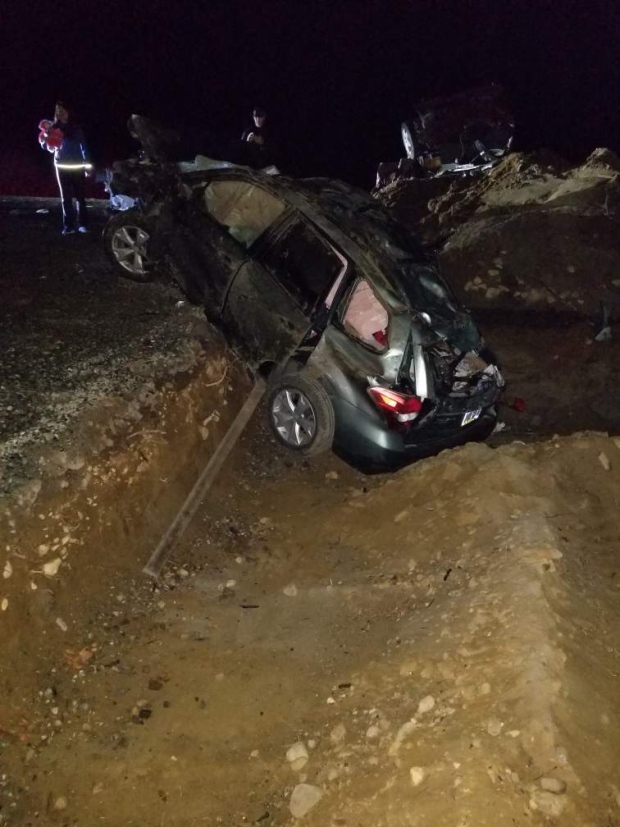 This is the second time an accident has happened outside her front door. Sjostrom says that a lady went through her neighbour's fence at one point.

Sjostrom says that her son had only owned the red car, which was destroyed in the crash, for one month. She says she'll now have to find a new vehicle for him.

However, Sjostrom is just thankful no one was seriously injured.

“It’s just plastic, metal and glass," said Sjostrom. "No one was hurt. No death which is amazing." 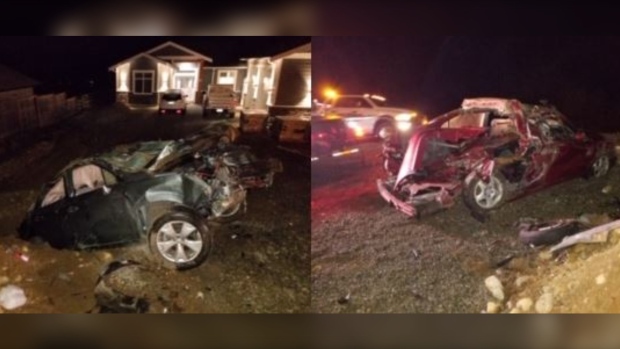