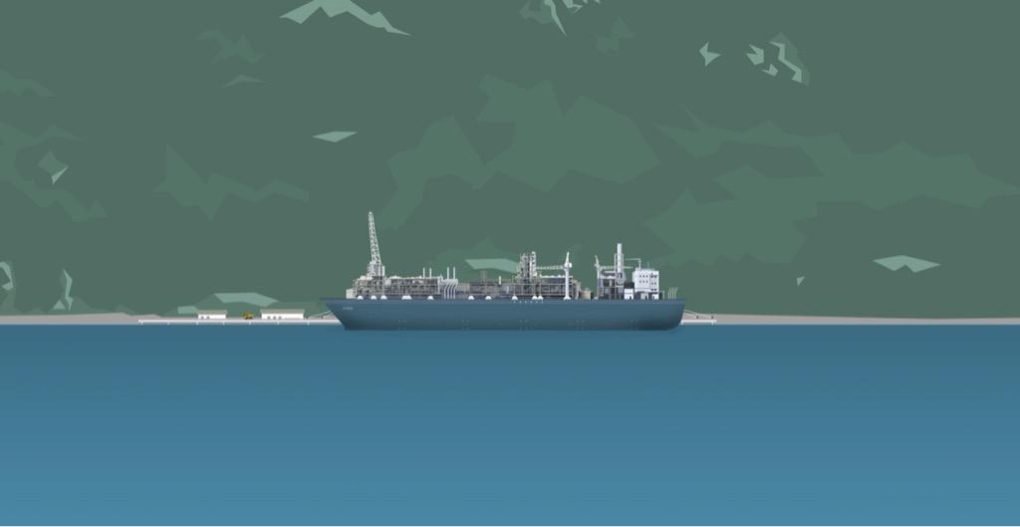 A rendering of what a floating LNG facility could look like in the Saanich Inlet. Aug. 20, 2015. (Courtesy Steelhead LNG)

The proposed pipeline that would funnel natural gas to two LNG facilities on Vancouver Island now has an official name – and a new partner.

Steelhead LNG has announced a pre-construction agreement with Williams, a U.S. pipeline developer, for the proposed Island Gas Connector Project.

The project would see a 128-kilometre line built that would fuel proposed LNG facilities on Malahat Nation-owned land near Mill Bay and also in Sarita Bay, in conjunction with the Huu-ay-aht First Nation.

The proposed pipeline would carry natural gas from Williams’ Northwest Pipeline in Sumas, Wash. to Cherry Point, Wash., where it would then travel about 75 kilometres underwater to the proposed Malahat site in Mill Bay.

The second phase of construction would expand the pipeline to the proposed LNG site at Sarita Bay, and would be “designed, owned and operated by a separate Canadian entity and subject to its own regulatory approval process,” according to a joint news release issued by Steelhead LNG and Williams.

Williams is responsible for the design, construction and operation of the project, which would be categorized as an international pipeline and subject to approval of regulatory bodies in both the U.S. and Canada.

Both companies said they were aware that the proposal will have to undergo “rigorous regulator, environmental and technical assessments,” and also pledged to hold extensive consultations with all affected U.S. and Canadian First Nations, landowners, stakeholders and communities.

The Malahat Nation recently reached a deal with Steelhead LNG to develop the proposed facility, which could process up to six-million tonnes of natural gas per year.

The floating plant would be moored to the shoreline of the site formerly known as Bamberton. Steelhead said it would be expected to generate revenue for 30 years.