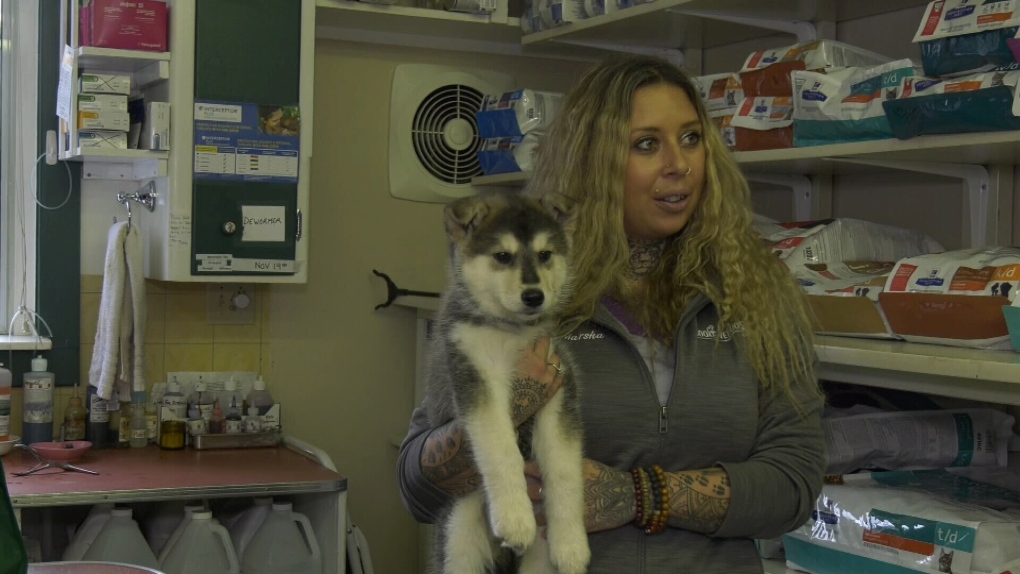 Veterinary staff say they're disappointed that the donation box was stolen, as the funding would have gone towards animals in need: Dec. 3, 2019 (CTV News)

VICTORIA -- A veterinary hospital in Sooke says it is disappointed after a woman stole a BC SPCA donation bin with hundreds of dollars inside last week.

Veterinarian Deborah Lambert tells CTV News that a woman, who did not have an animal with her, entered the SPCA branch and asked a few “vague” questions at about 3:30 p.m. on Friday.

“When she approached the desk in a moment of business, my staff very quickly noticed she’d removed one of the charity boxes from our counter and put it in her bag,” said Lambert.

The charity box she stole was a BC SPCA donation bin with about $300 inside.

“It was the fullest box on the counter,” said Lambert. “It is disappointing someone would steal from, effectively, the charity.”

Staff managed to run out and chase the woman, but when they spoke to her she claimed someone already took the cash.

Sooke RCMP are investigating and are asking anyone with information to come forward and speak to them.

“The money stolen was intended for the SPCA and would have benefited the animals from our local community,” said Sgt. Clayton Wiebe of the Sooke RCMP.

Despite the disappointment, Lambert said she would like to see some good come from this unfortunate incident.

“It is just tragic that probably someone who needs that help is the one who is stealing the money from others that need it,” she said.

Since the theft, the animal hospital has strapped all of its donation bins down to the counter and has increased surveillance.

Police describe the suspect as white woman who stands 5' 5" with a medium build. She is approximately 30 years old with brown hair that was tied back in a ponytail at the time. She was wearing a black hoodie and pink coat when the theft occurred.