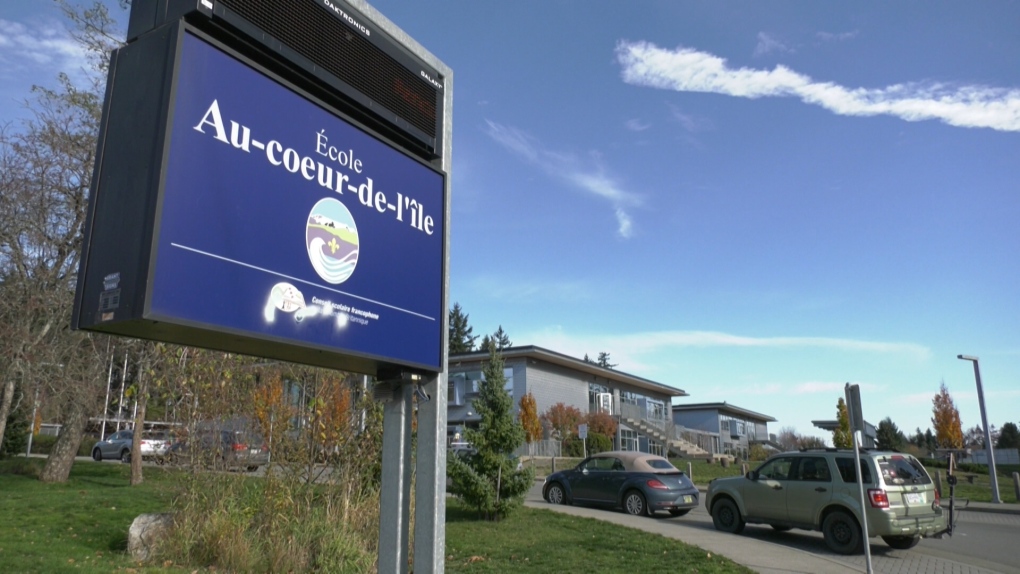 A former custodian who worked at a Comox francophone school is giving new insight into a controversy that resulted in the school's vice principal being fired for professional misconduct. (CTV)

COMOX - A former custodian who worked at a Comox francophone school is giving new insight into a controversy that resulted in the school's vice principal being fired for professional misconduct.

Chamela Smith was a day janitor at École Au-coeur-de-l'île in Comox in 2018 when the vice principal undertook a controversial action to try to determine who left soiled underwear and feces inside a boy's washroom.

Smith says it was far from an isolated incident.

"It wasn't just some kid having an accident, it was definitely some little brat thinking that he could just go around and do what he wanted," Smith said.

Delphine Yvette Andrée Guérineau was originally placed on paid leave and was then terminated from her position after disapproval was shown for one technique used in her investigation. Guérineau had male students show them the waistband of their underwear.

Smith says while she agrees Guérineau could have handled the situation better, she doesn't think the matter warranted termination.

"She was really, in effect, trying to protect the other students in the school from disease, germs and the simple fact that their school was overrun with feces," Smith said. "I had to clean – I don't know how many times in a day – feces, urine out of garbage cans, off floors, off walls, it was put on the inside of toilet paper rolls ... it was everywhere."

Smith says the ongoing issue was the reason she no longer wanted to work at the school.

The B.C. Commissioner for Teacher Regulation found that Guérnineau failed to consider the consequences of her actions, which "had the potential to cause emotional harm to students."

An online petition was started in support of Guérineau, but she has since moved to Winnipeg.

Neither Guérineau nor the school district overseeing the Comox school have responded to CTV News Vancouver Island's requests for interviews.