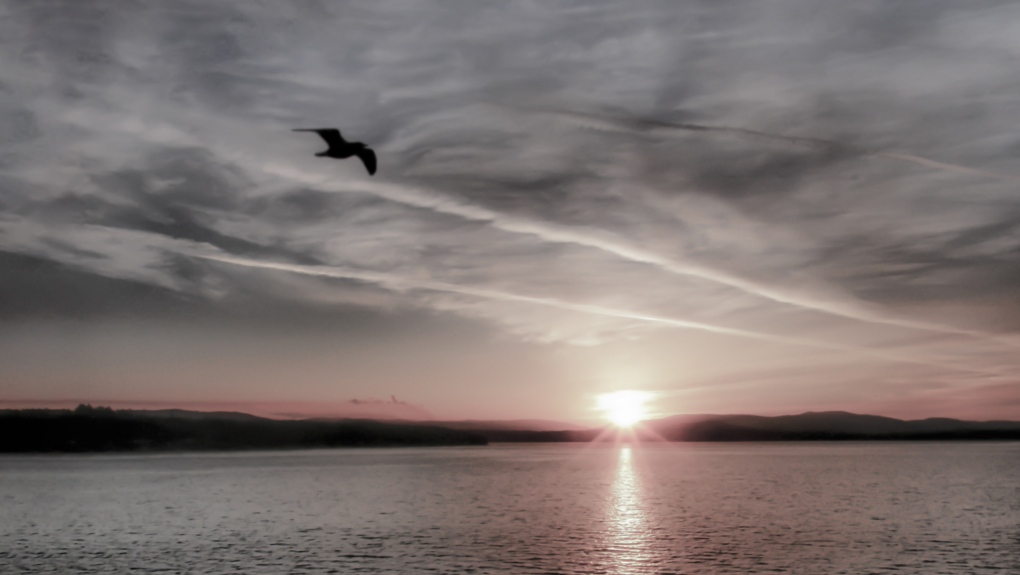 VICTORIA -- This week, the University of Victoria announced it would spearhead a project to help identify more eco-friendly ways of stopping - or dealing with - rising ocean levels.

The project, called "Living with Water," will partner the University of Victoria's Pacific Institute for Climate Solutions with climate leaders from several B.C. universities.

The key goal of the four-year project is to connect coastal communities, identify environmentally friendly ways of dealing with rising tides, and give regional governments the ability to implement the ideas.

Stoked by climate change, scientists believe B.C. coastal communities will experience anywhere from a half-metre to a full metre of ocean rise before the end of the century.

"None of us are ready, that's why we are doing this," said Hannah Teicher, a researcher with the Pacific Institute for Climate Solutions.

"It's about property, it's about public land, and in the case of First Nations we're working with, it's about traditional lands and food."

According to researchers, traditional dikes and sea walls work well, but also pose a unique risk to underwater ecosystems and the sea life they support.

Kees Lokman, the lead investigator on the Living with Water project, says as climbing sea levels press against manmade structures like sea walls, they flood coastal grasslands and other ecosystems. He says this essentially destroys the plant life in those places.

Lokman says the project will take time to identify new options, but already has indicated that ideas like living dikes made of sediment or clam gardens could work to keep tides back and ecosystems thriving.

The researcher also says that currently there is little help to let municipalities work together to adapt to rising oceans.

"Municipalities and First Nations are basically on their own when it comes to developing solutions, and we know climate change doesn't follow jurisdictions," Lokman told CTV News Vancouver Island.

The Pacheedaht First Nation in Port Renfrew has a long-term vision to relocate much of its traditional oceanfront village site and move to higher ground.

First Nations leaders say the risks of rising oceans, flooding and Tsunamis are high, and planning is already underway.

"The vision is to relocate the community up to a location on Browns Mountain or Pacheedaht mountain," said Pacheedaht emergency manager Kyle Van Delft.

Leaders of the Victoria-based research project say the creep of ocean levels is extremely slow, but it is a crisis all coastal communities must wake up to immediately.