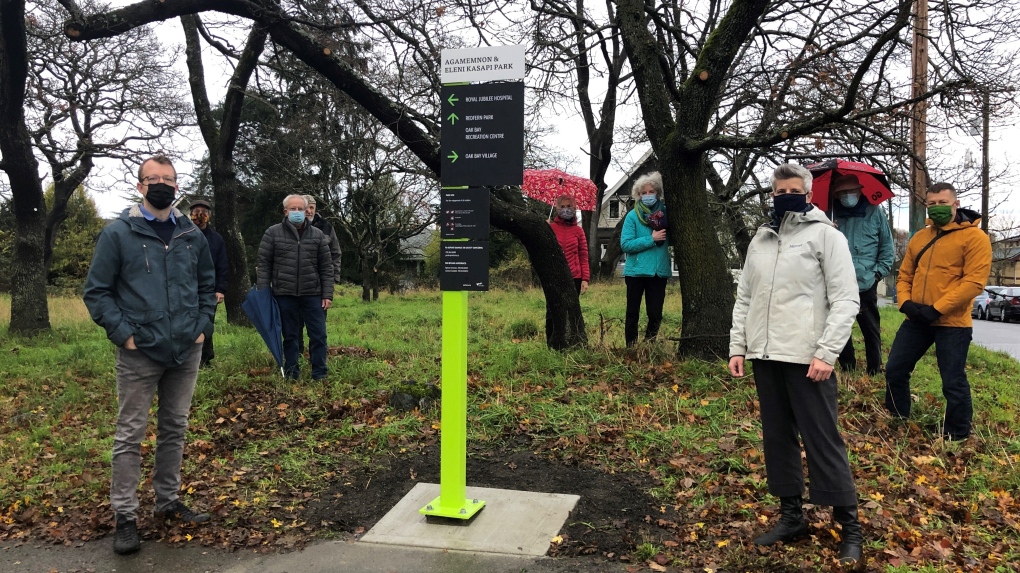 The new partk is located on the corner of Leighton Road and Bank Street: (City of Victoria)

VICTORIA -- A small swath of urban forest in the South Jubilee area will be protected from development after the City of Victoria purchased the land.

The 12,700 square-foot plot on the corner of Leighton Road and Bank Street will become the city's newest park after the land was bought from a well-known family with a history of development in the region.

The new recreation space, which includes a rare Garry oak meadow, will be named Agamemnon and Eleni Kasapi Park.

According to the city, the Kasapi family preserved the land in its natural state in hopes of one day giving it back to the community.

The land was appraised at $1.21 million, but the family sold it to the city for a clean $1 million.

The Kasapi family has donated the full payment from the city to the University of Victoria to support two undergraduate scholarships in the Faculty of Science.

"It was important to my father who passed away last year that we see the land used in ways that were beneficial to the community," said Mario Kasapi.

The city will maintain the open space with a few enhancements, such as a wood chip pathway, benches and signage, including information about the Indigenous history of the land.

The Kasapi family owns a construction company in the greater Victoria region.

The city says that the new park will not be open to sheltering, as per the municipal parks regulation bylaw, because the Garry oak meadow in the park makes the area environmentally sensitive.