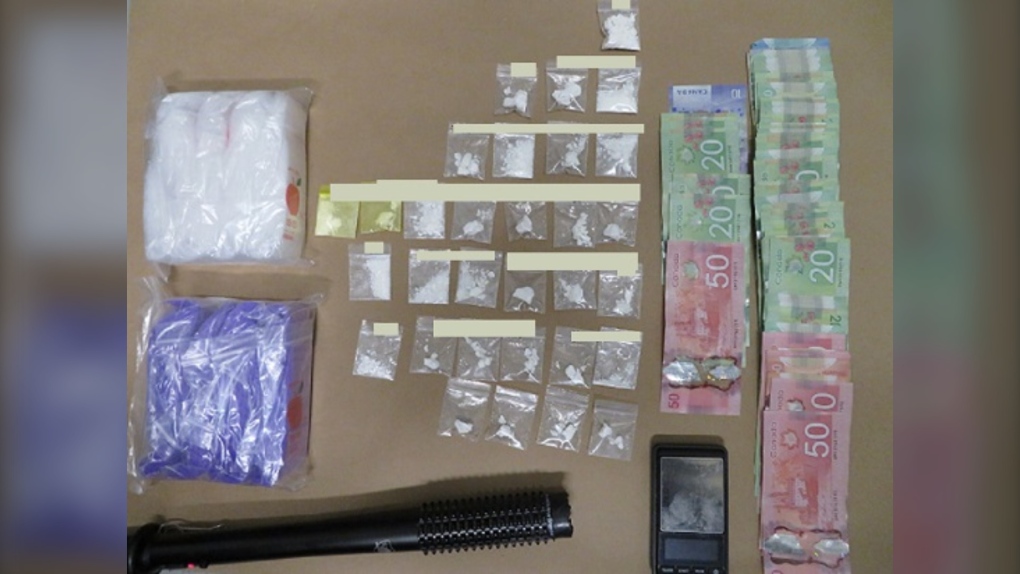 VICTORIA – West Shore RCMP are thanking the public for tips that directly lead to the arrest of two men on charges of drug trafficking in Langford last week.

According to the RCMP, concerned community members reported suspicious activity occurring at a residence in Langford, prompting police to launch an investigation. Mounties say that officers from a variety of units participated in the investigation, which included conducting "covert surveillance" on the property.

As the investigation unfolded, West Shore RCMP's drug unit identified two men who were related to the property and who were suspected of being drug dealers in the West Shore.

On Nov. 22, police executed two search warrants, one for the residence and one for a vehicle related to the two male suspects. The search warrant led to the arrests of both men, one a 24-year-old and one a 39-year-old, as well as the discovery of cocaine, thousands of dollars in cash and a conducted energy weapon.

"The information we received from concerned citizens directly assisted us in this investigation," said Const. Pollock of the West Shore RCMP drug unit. "The investigation was a success and we seized trafficking quantities of cocaine that was packaged and ready to be sold along with approximately $2,000 in cash.

"We also seized a conducted energy weapon as well as the vehicle that was being used to deliver drugs," added Pollock.

Earlier in November, West Shore RCMP officers made another "substantial seizure" of illicit substances from Langford, which included 178 grams of meth and 58 grams of various opioids.