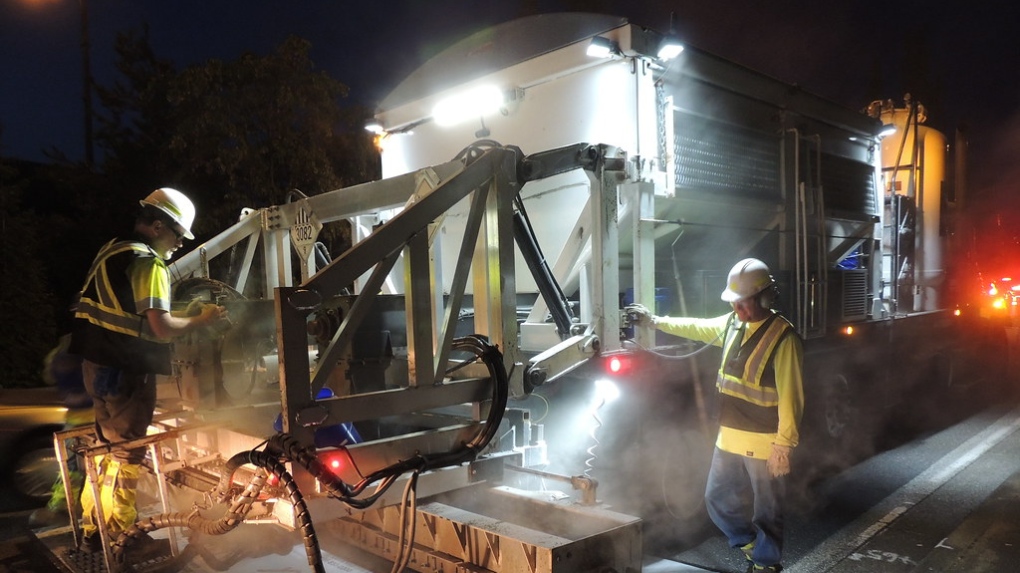 The $4-million dollar project is a partnership between the Ministry of Transportation and ICBC. (ICBC)

Rubber will hit a more effective road with new improvements in Saanich, according to the B.C. Ministry of Environment.

The province says 14 locations, including four intersections in Saanich, are being used as test sites for “high-friction” surfaces.

The crossings and off-ramps across the province were selected because they were identified as high-collision locations.

Crews have installed tougher pavement at the intersections to stop skidding, and help vehicles stop faster.

“The specialized aggregate and resin treatment is expected to improve friction for more than seven years,” the province said in a press release Thursday.

Work on the pilot project began in 2018, but was heavily delayed due to bad weather.

The $4-million project is a partnership between the Ministry of Transportation and ICBC.

Provincial staff will monitor how vehicles are able to stop at the 14 intersections and determine if the project should be expanded.