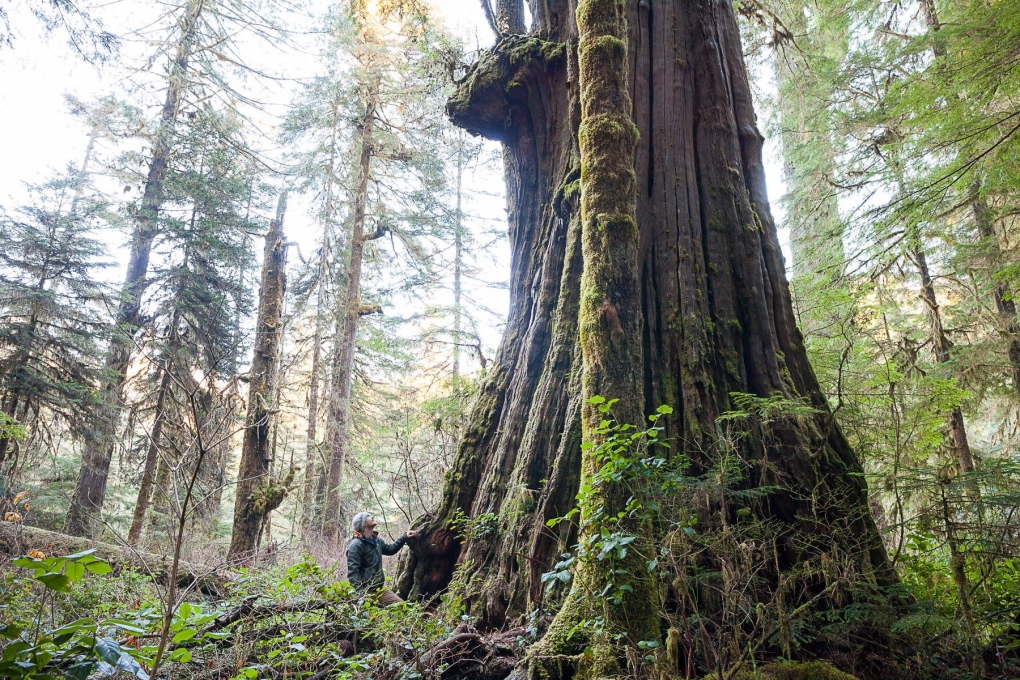 PORT RENFREW, B.C. - Communities along the West Coast of Vancouver Island say the provincial government needs to step in to save the ancient, massive trees that grow in the Walbran Valley.

Business leaders in Port Renfrew, B.C., a community that once thrived on forestry, are calling for a ban on logging the trees - some of which started life around the time of the Magna Carta in 1215.

Port Renfrew Chamber of Commerce president Dan Hager said tourists who come to see the majestic trees have created a multimillion-dollar economy along the coast and the highest value would come from stopping the logging.

“The bottom line is it's great for business,” he said in an interview on Monday.

Hager said many Canadian cities lay claim to having a world's largest attraction that has been built to bring tourists, but communities near the Walbran Valley have the trees to draw tourists.

A provincial government fact sheet released earlier this year said one company has an approved cutting permit to log one cutblock covering 3.2 hectares east of Carmanah Walbran Provincial Park. The park covers more than 16,000 hectares of forest on the west side of Vancouver Island.

The park was created in 1990, an end result of massive protests over the loss of the ancient trees.

Hager, who grew up on the Prairies, said people can't fathom how incredible the trees are to see - some of them have a circumference of up to five metres and dwarf all who stand next to them for a photo.

“Because these trees are spectacular,” he said. “There's almost no place in the country where trees like this are accessible to the population.”

Hager said most people who come to Port Renfrew, a tiny community on the southwestern end of Vancouver Island, are there to fish or see trees, including many people from Germany, Holland and France.

Tofino was at the epicentre of protests to protect Clayoquot Sound in the 1980s and 1990s, and with that background Mayor Josie Osborne said councillors passed a resolution last week to protect the Walbran Valley and other old-growth forests on Vancouver Island.

“Tofino is one of the places in British Columbia that really can see the benefit of having protested the government's plans for logging in an area and we've benefited from that.”

The Port Renfrew chamber, which represents 73 local businesses, released a statement calling on the B.C. government to immediately ban logging in the unprotected portion of the valley.

It said the most heavily visited areas of the Walbran by tourists are outside the park's protected areas.

Osborne said Tofino councillors worded their resolution for the government carefully, excluding First Nations' cultural uses of the forest. But industrial-scale, old-growth logging is a thing of the past, she said.

“It's a non-renewable resource.”

The group Ancient Forest Alliance has lobbied heavily for the Walbran's protection and said the valley has the most extensive, densely packed groves of old-growth western red cedars in the country, some of which are the largest such trees on record.