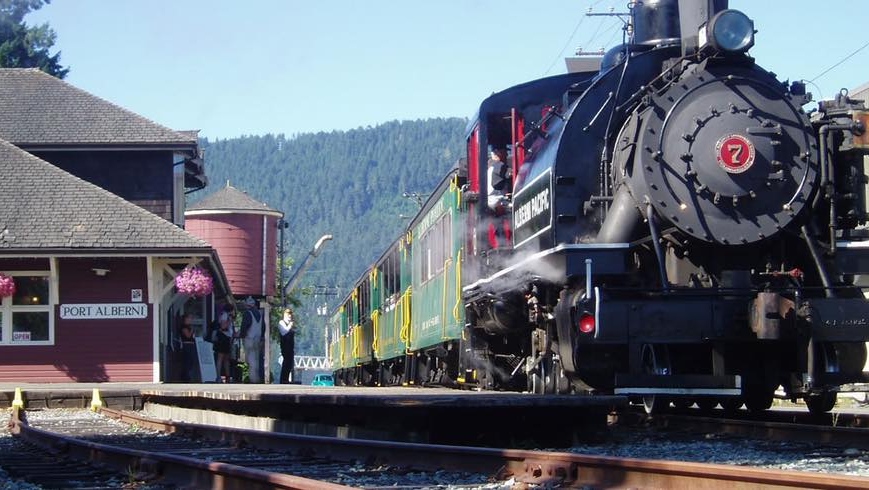 At a special meeting Tuesday night, council made the tough decision to not fund the train for the 2019 season, making it the first time the city has shut it down. (Photo: Facebook)

The popular train that takes passengers from Port Alberni to the historic McLean Mill will not be operating this year.

At a special meeting Tuesday night, council made the tough decision to not fund the train for the 2019 season, making it the first time the city has shut it down.

President of the Industrial Heritage Society, which operates the train, Kevin Hunter says he felt "initial shock" when he heard the news.

The company has been running for the past 35 years, attracting eight to nine thousand people per year.

Council feels the proposed cost given by the society is the right amount needed to operate, but was too high to accept.

“I hope all parties can work toward new funding solutions during this year of shut down to reduce the funds needed from the city,” Port Alberni Mayor Sharie Minions wrote on her Facebook page.

Hunter says council has a hard time balancing the budget and when he stopped and thought about the decision, it made sense to him.

This will give the society a great opportunity to rebuild their No.7 steam train which has not been in operation for the last two years, according to Hunter.

“As a community I think we’ve fallen into feeling like we have nothing if we don’t have the train and mill as attractions,” Minions said. She would like to look at other areas Port Alberni has to offer tourists in the community.

“We have a beautiful community with an extensive network of trails, gorgeous waterfront, nature and unique shops," she added.

A decision still needs to be made on what to do with the McLean Mill this year. The city has a contractual obligation with the federal government to keep it open to the public.