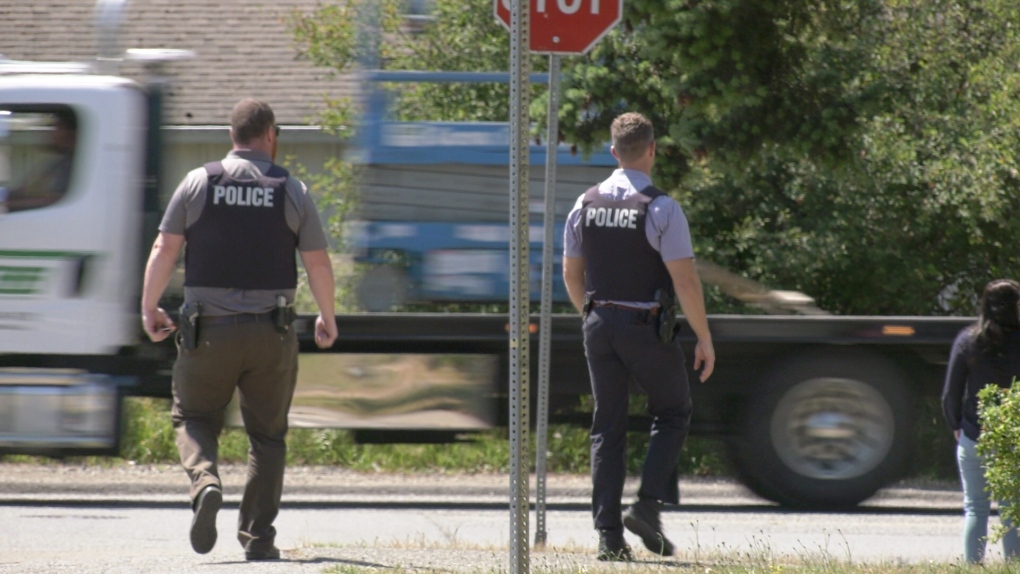 Police respond to the scene of a 'potentially violent situation' in Courtenay on July 15, 2019. (CTV Vancouver Island)

Comox Valley RCMP say they were called to a "potentially violent situation" in Courtenay Monday.

The incident happened in the 100-block of Centennial Drive Monday morning but police were able to safely resolve the situation.

"Frontline members blocked off the area upon their arrival but were quickly able to locate the parties involved," said Const. Monika Terragni of the Comox Valley RCMP.

A witness tells CTV News several officers arrived on scene around 11:30 a.m. with their weapons drawn. The witness says police told staff and patrons inside the Beaver Convenience store to stay inside and away from the windows. Their focus, however, was on another business in the same complex.

The witness says one man was taken into custody but that has not been verified by the RCMP.

Police remained on scene for a considerable amount of time after the incident concluded.

"There is no evidence to suggest any danger to the public and the investigation is continuing," Terragni said. 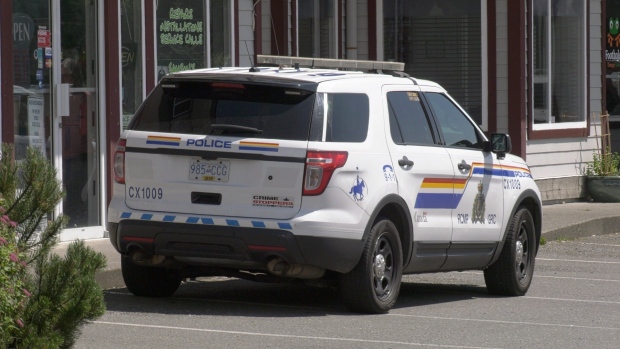