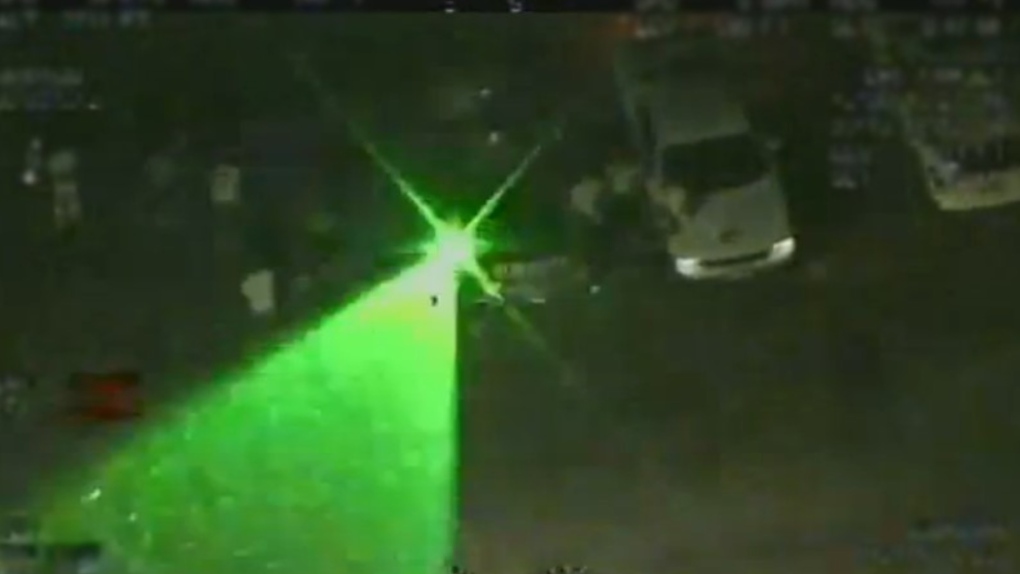 VICTORIA -- Aircraft flying over Vancouver Island are being targeted with powerful and potentially dangerous handheld lasers, with four incidents reported to authorities in the past three days.

The most recent laser strikes were reported Tuesday night.

In one case, a Cessna was flying south toward Victoria at approximately 5,500 feet when the pilot noticed the underside of the wings suddenly lip up bright green.

"The pilot turned a few degrees left and right to ensure the light did not come from conflicting traffic or potentially aviation-related pyrotechnic signals," according to a Transport Canada incident report published Wednesday.

The strike lasted approximately 30 seconds, with the pilot tracing the source of the beam to a residential area in Saltair, north of Chemainus.

"The laser emitted a constant green beam that was moved around rapidly while aiming at the aircraft," according to the report. "The movement resembled the way a person would hold a handheld laser while pointing it at an object in the distance."

The pilot tried to avoid looking directly at the potentially blinding beam and immediately reported the strike to air traffic controllers in Victoria, the report noted.

Moments later, another laser strike was reported, this time from a helicopter pilot who placed the origin of the beam somewhere north of Chemainus.

Minutes later, the pilot of a third aircraft reported a laser strike originating near the Trans-Canada Highway, north of Saltair. The same aircraft – a Cessna from the Pacific Flying Club – was apparently targeted with a laser on Sunday night while flying northbound to Nanaimo at approximately 3,000 feet.

Intentionally shining a laser at an aircraft is a crime under Canada's Aeronautics Act. Anyone convicted of such an offence can face fines up to $100,000 and up to five years in prison.

Transport Canada says there were 1,965 laser attacks on aircraft in Canada between January 2015 and December 2019.

In April, a B.C. air ambulance helicopter was targeted with a "deliberate and ongoing laser strike" while on a medical flight from the Nanaimo Harbour to Victoria General Hospital.

In February, an air ambulance pilot and a paramedic in Toronto both sustained eye injuries when their helicopter was struck by a green laser being pointed up from the city's downtown.