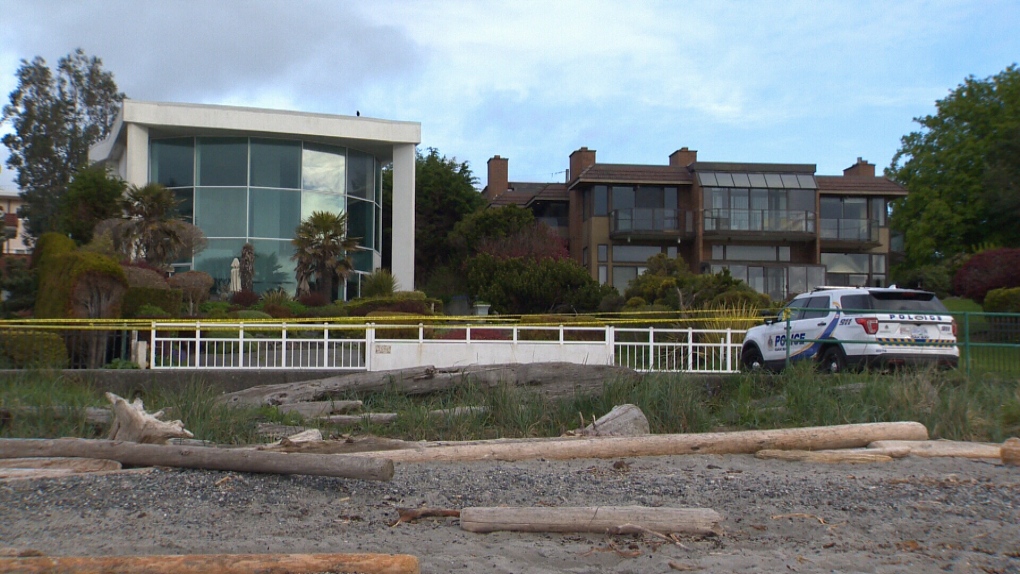 The woman told police she heard noises coming from her kitchen shortly before 7:30 a.m. and went to investigate what it was. Apr. 26, 2017 (CTV Vancouver Island)

Investigators say they have new information about a violent attack that took place in an Oak Bay home this week after speaking to the victim.

According to Oak Bay police, officers interviewed the 45-year-old woman on Wednesday evening after she was attacked with a machete in a house in the 2500-block of Esplanade near Willows Beach on Tuesday.

The woman told police she heard noises coming from her kitchen shortly before 7:30 a.m. and went to investigate what it was. She found an unknown man in her kitchen, confronted him and then an altercation took place, police say.

The victim was struck several times with an “edged weapon, which may have been a machete,” according to officials.

The 45-year-old sustained serious injuries to her upper body and was rushed to hospital where she underwent surgery.

The woman says her attacker was a white man in his 20’s and he was wearing a brown jacket, khaki pants and a blue and white bandana.

The Saanich Police Department has taken the lead role in the investigation and the Oak Bay detachment is assisting.

Officials say they have a number of resources in place including detectives, the Forensic Identification Section and members from the Integrated Crowd Management Unit.

CTV News has learned police have released the scene, which means forensic officers and detectives have wrapped up their investigation at the house and turned it back over to the owners.