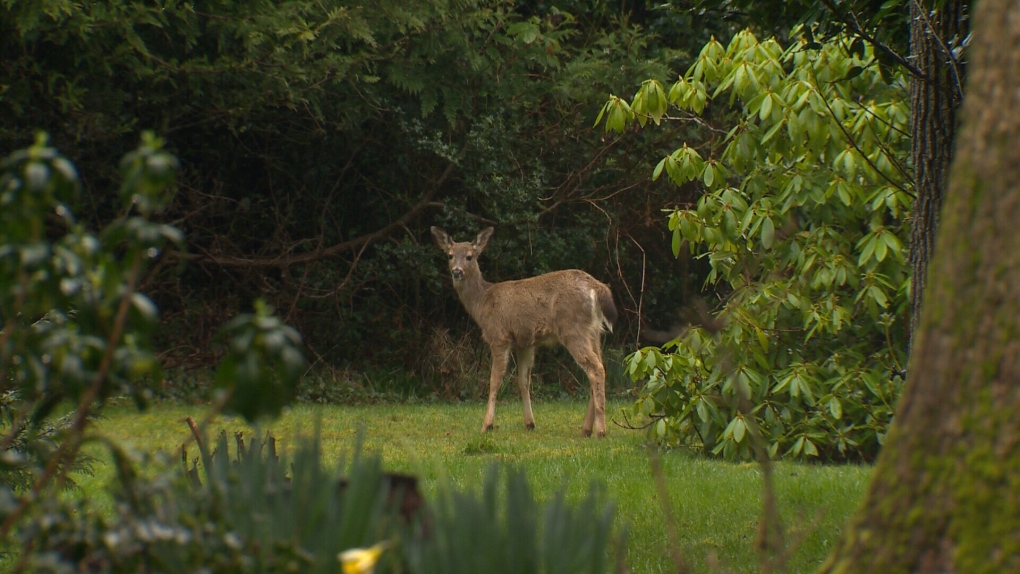 OAK BAY - The District of Oak Bay and the CRD have announced the controversial deer cull has ended, during which 11 deer were trapped and euthanized.

Oak Bay Mayor and CRD Chair Nils Jensen spoke with CTV News about the pilot project this morning, and said "What we wanted to do is show in an urban environment it could be done, and also learn how it could be done."  He said this project proved it could, adding "The success of the program shows it can be done in an urban environment, it can be done privately, quietly, and without disruption of the neighbourhood."

A joint release by the CRD and District of Oak Bay said the permit was issued for the cull on January 27, and the district contracted Ron Kerr to carry it out.

Jensen explained Kerr was only able to work a 16-day period, so a total of 11 were killed rather than the full amount the permit would allow, which was 25 deer.

Jensen said Kerr is in high demand and recently led the culls in Kimberly and Cranbrook, BC.  The release also stated he was trained by the province’s wildlife staff on methods to properly capture and euthanize the animals.

When asked about why the cull was kept a secret, Jensen said he didn't want to sensationalize it, or traumatize the deer.

"A lot of people show up, they're loud, they've got placards, and it is traumatizing.  If you just have contractor there and deer there, it's not a trauma at all for the deer in the sense there's probably between the deer seeing the contractor and actually being euthanized is probably the space of 5, 10, 20, 30 seconds at most. They don't jump around in the net like has been suggested [...] it's a very different methodology."

Private properties in Oak Bay hosted the traps over the 16-day period, and once trapped, the deer were given to First Nations.

The CRD stated the urban deer management pilot project had a goal ‘not to eradicate deer but to responsibly manage them to reduce human/deer conflicts.’