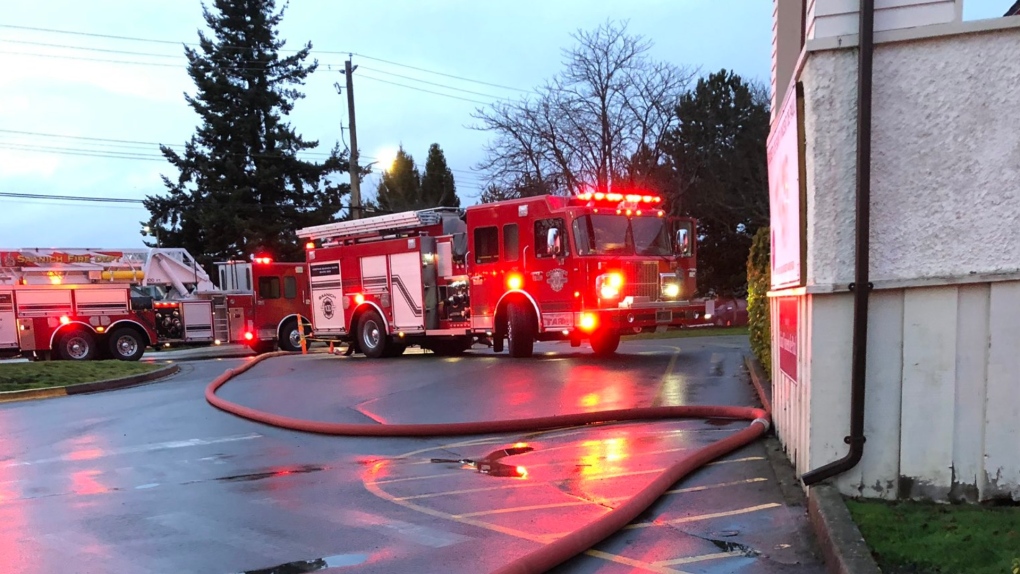 VICTORIA -- A fire that sparked in a building complex that included a daycare along West Saanich Road Thursday evening resulted in no injuries, but did delay traffic, according to authorities.

At approximately 4:30 p.m., the Saanich Fire Department was called to the 4300-block of West Saanich Road for reports of a structure fire at the Society of Saint Vincent de Paul complex on the 4349 W Saanich Rd.

According to Saanich Fire, once firefighters arrived everyone had cleared the area and the fire had been confined to a shared kitchen area of the building by automatic sprinklers

Preliminary investigations suggest that the fire was the result of a pot that had caught fire on top of a stove in the kitchen.

The Saanich Fire Department confirmed Thursday that no one was injured in the fire.

Police say that traffic in the area was severely affected at the time, especially along West Saanich Road, Royal Oak Drive, the Quadra Street off ramp onto the Patrica Bay Highway and Glanford Avenue.

The fire started in the Child Daycare area. Confined to the kitchen by 2 activated sprinkler heads. No injuries. Crews still on scene, ventilation complete. Dealing with minor water damage.