No injuries as falling tree crushes SUV on Saanich Road 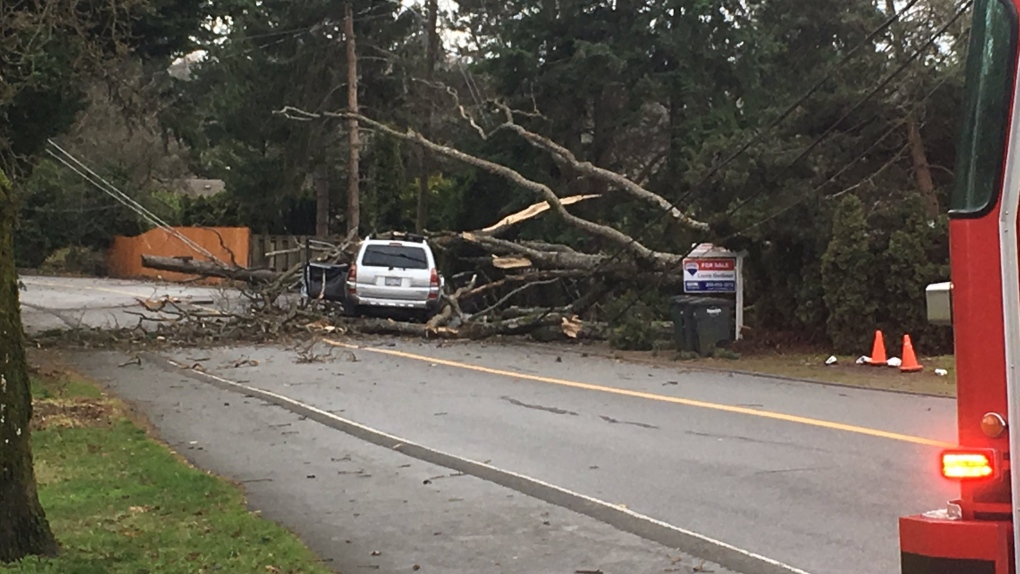 An SUV was crushed by a falling tree on Saanich Road, but no one inside the vehicle was injured. Dec. 20, 2018. (CTV Vancouver Island)

There were no injuries as a falling tree crushed a vehicle in motion along Saanich Road amid an island-wide windstorm Thursday.

The SUV was driving on Saanich Road between Greenridge Crescent and McKenzie Avenue in the early afternoon when the tree fell.

Fire crews said the SUV was driving when the tree fell directly onto it, but miraculously, no one inside was injured.

Saanich police said traffic in the area was diverted and asked motorists to use alternate routes while crews cleaned up the mess.

Meanwhile, another tree came down in southbound lanes of the Pat Bay Highway at Keating Road.

A police vehicle had blocked the lane affected by the fallen tree, and traffic still appeared to be moving in one lane.

We are off on Highway 17 near Keating southbound. A large tree has fallen on power lines. One lane open for now. pic.twitter.com/EjEHtiRRpV