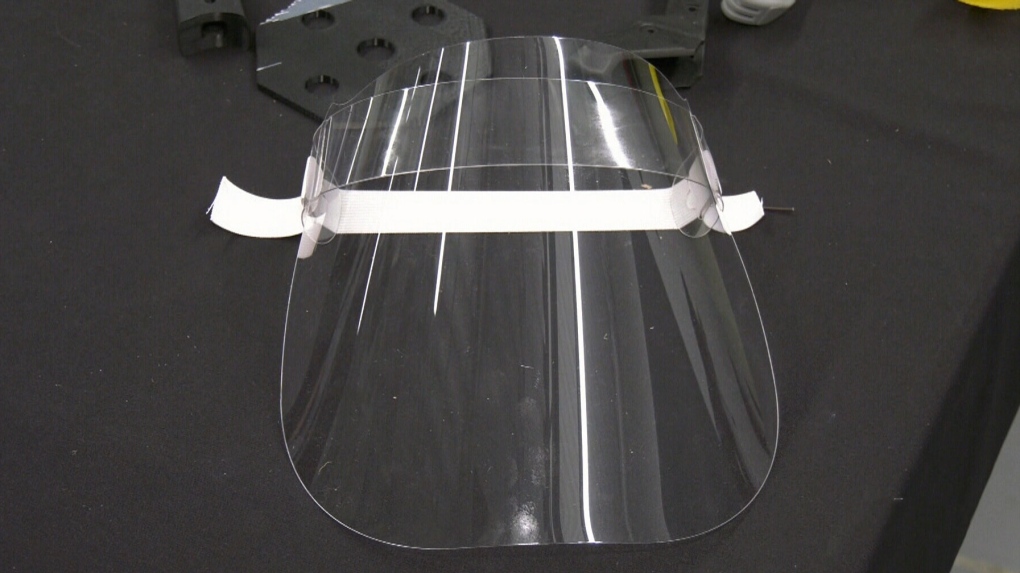 A Victoria-made face shield is seen in this file photo.

VICTORIA -- Frontline workers at the Royal Jubilee Hospital in Victoria are benefiting from a massive collaboration of Island communities, which have joined forces to create thousands of protective face shields.

“Really, it took a village to pull this project together,” said project organiser Andreas Hagen. “It was really fun because it’s collaboration between government organizations like Island Health, individuals, volunteers, paid people, and really the cornerstone of the whole thing was really Cris with his group at G2 CNC.”

The design for the shields was developed by Camosun College and approved by Island Health, while engineers at G2 CNC in Campbell River cut and processed them. Then, the shields were sent to a group of volunteers on Quadra Island for assembly.

“The initial kind of thought was that we would, you know, put a group together, we’d volunteer, we’d supply 500 or something units to Island Health, and we knew that there was obviously a need for this equipment,” said G2 CNC owner Cris Fletcher.

“The next day, Island Health came back and said we need 11,000, so then we quickly understood that we needed to scale up the project.”

An initial shipment of 5,500 protective face shields was delivered to Island Health last week, while raw materials for the second half of the order will be assembled and distributed as needed.

“I think that was a really rewarding thing. Just to see how we were able to do that as a group, and you know, in the future, it may be for other things … if there’s a natural disaster or whatever,” Hagen said. “It just shows how a local group in a community can work together and deploy something rather quickly.”