Methane-eating crabs may be adapting to climate change: study 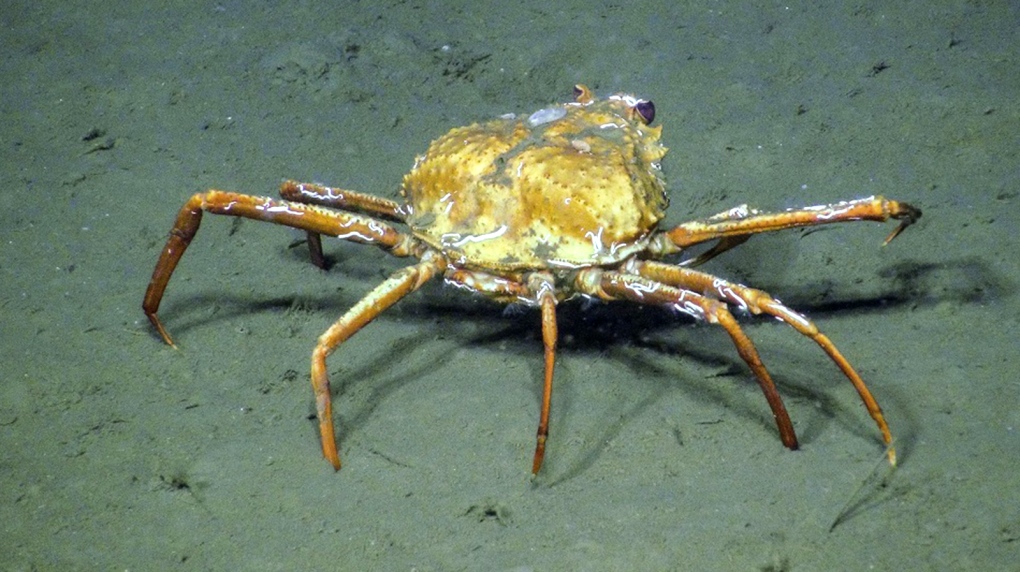 VICTORIA - Crabs that have a normal diet of a type of plankton have been seen munching on methane-filled bacteria off British Columbia's coast in what experts say could be their way of adapting to climate change.

Researchers with Oceans Networks Canada, an initiative of the University of Victoria and Oregon State University, discovered the snow crabs using other food sources because their main meal may be disappearing with a warmer climate.

The crabs were previously thought to exclusively eat phytoplankton and researchers say this is the first evidence that a commercial species is finding some of its nutrition from other food sources.

Senior scientist at Oceans Networks Canada and the study's co-author Fabio De Leo says by collecting these specimens, researchers can learn how a variety of sea-dwelling species are adapting to ongoing changes linked to climate change.

He says this shows the crabs' diet is diverse and includes bacteria that processes methane and they may be able to adapt if their common food source becomes scarce.

Methane seeps are found on the ocean bed and support a variety of species including clams and mussels that rely directly on the energy provided by the seep bacteria.