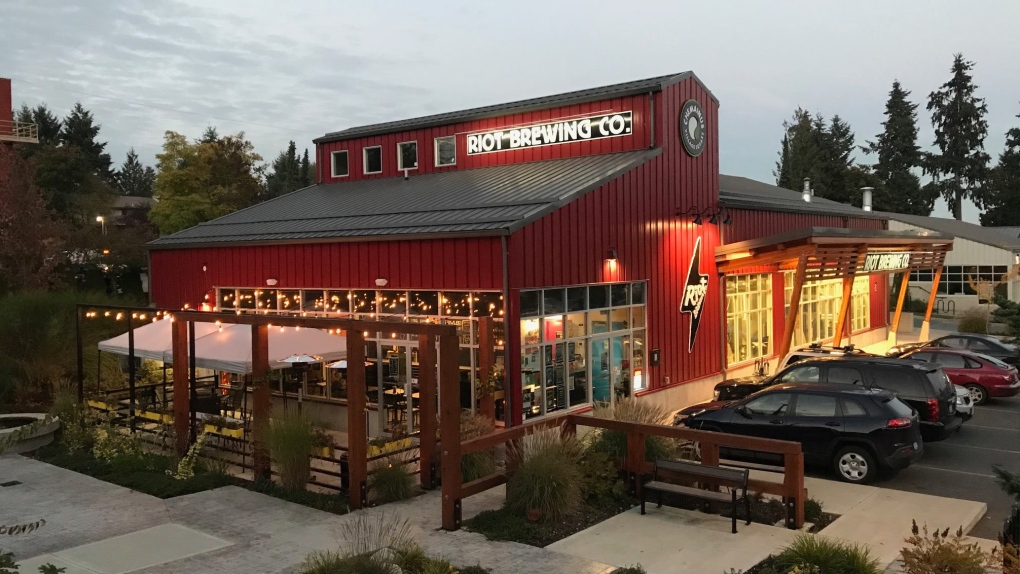 A series of powerful winter storms has put a Vancouver Island brewery on shaky financial ground.

Chemainus-based Riot Brewing was forced to close for days at a time after a massive December wind storm and record snowfalls in February.

"We are done, we cannot recover from this," Riot co-owner Aly Tomlin told CTV News. "We have been limping along."

Gusts topping out at well over 100 kilometres per hour downed trees, cut power and resulted in one death on Vancouver Island. A Duncan woman was killed when a downed tree landed on the tent she was sleeping in.

In Chemainus, the home of the recently opened brewery, power was severed for four days.

"That completely shut us down," said Tomlin. "At most breweries you wait for Christmas."

Focusing on the positive, the mid-island brewers worked with what they had. When December winds cut power, a massive kettle of beer was mid–brew, but had to be left unchecked for days.

Once staff returned they realized the beer had developed a sour taste, but was safe to drink.

"Sour Outage Passionfruit Plum Dark Sour" was born and sold out in a matter of days, but the creative attempt to regain footing wasn’t nearly enough, and things were about to get worse.

'And then comes the snow storm'

An uncharacteristically heavy snowfall blanketed the central region of Vancouver Island, including Chemainus. Wet, heavy drifts of snow hampered traffic so badly in the small east coast island town that brewery staff could not get to work for days.

Again, they were unable to brew, can or sell product, but this time the closure lasted nearly 10 days, according to staff.

Today, as breweries ramp up for the busy summer season, Riot is considering its impending demise.

"We are in serious trouble and basically facing closure," a morose Tomlin told CTV News. “At this time we have until July 1st.”

But just like their idea to turn a sour batch of beer into a captivating product, staff are getting creative once again.

Their backs against the wall, Riot is hoping the community which embraced them and fostered their growth will also save them.

The company is now working on a plan to launch an equity share crowdfunding campaign. This would mean Riot could become the first community-owned brewery on Vancouver Island.

"They have brought an incredible energy into the area," North Cowichan Mayor Al Siebring told CTV News. "It would be a shame to see them, or any small business go in this community."

Siebring said he hopes the community will rally around the local business and help keep the suds flowing.