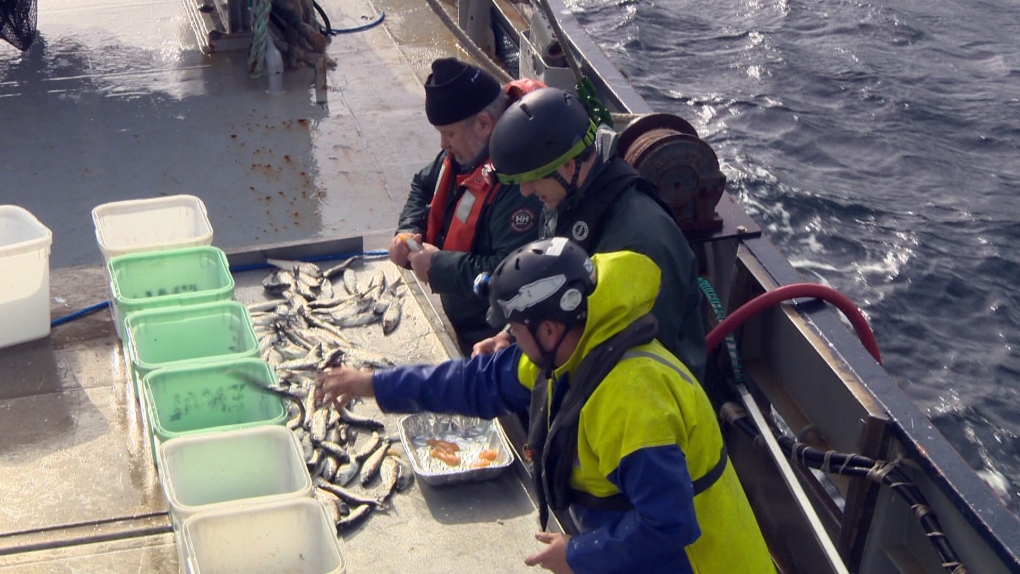 B.C. says it is maintaining its herring fishing quotas in 2021.

VANCOUVER -- Fisheries and Oceans Canada says herring catch quotas in British Columbia's Strait of Georgia will remain at last year's levels of about 20 per cent of the estimated fish stock.

The department says at a news conference Friday the commercial allocation for this season of 16,330 tonnes ensures the continued health of the stocks, which are an important food source for B.C.'s marine ecosystem.

Some environmental and Indigenous groups have called for stricter limits on the fishery, saying that a potential herring population collapse would have a dramatic impact on the ecosystem, particularly chinook salmon and southern resident killer whales.

The federal department says it acknowledges the vital role herring play in the environment of coastal B.C. and the harvest rates ensure the majority of mature fish and younger herring remain to support the overall health of the species.

It says the commercial fishery on the Central Coast and Prince Rupert District this year will be set at five per cent of estimated harvest rates, while fisheries on the west coast of Vancouver Island and Haida Gwaii will remain closed to allow stocks to rebuild.

The department adds that its plan for the season includes scientific analysis and management measures and involved a 30-day public consultation period.

“The conservation of stocks is really job one for us. That is our top priority,” said Neil Davis, resource management director, at the news conference.

“We're also very cognizant that herring play a very important role in the ecosystem and are a food source for a number of other species, whether that be other fish like Pacific salmon or marine mammals.”

This report by The Canadian Press was first published Feb. 19, 2021.