DUNCAN, B.C. -- Cowichan Search and Rescue (SAR) volunteers used a helicopter Monday to scour the Cowichan River for a man who’s been missing for more than two weeks

Ethan Sampson, 28, was last seen in the waters of the Cowichan River on the night of Jan. 30.

With swollen water levels, searches have been difficult.

Monday marked the first time the Cowichan SAR team took to the river, relying on aerial advice from the helicopter spotters and from four kayakers. 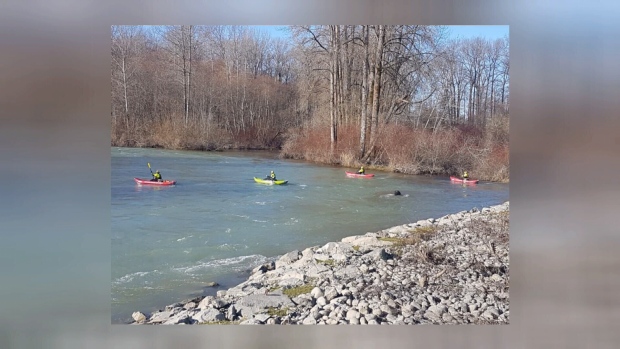 The RCMP say foul play is not suspected.

Sampson's family and friends are holding out hope that the young man will be found d alive.

By Monday afternoon, searches had turned up no sign of him.

Sampson is described as a 28-year-old Indigenous man, approximately 5' 11" tall, weighing between 120 and 150 pounds. He was last seen wearing rolled-up jeans.