'He definitely saved his life': Man in hospital after pickup slams into logging truck near Nanaimo

NANAIMO -- Firefighters on Vancouver Island say a logging truck driver saved another man's life after a pickup truck slammed into the back of the fully loaded rig before bursting into flames.

"He definitely saved his life," said North Oyster Fire Capt. Kristopher Hill on Wednesday morning. "The scene might have looked a lot different if he hadn’t of done what he did."

Carl Wilson, the logging truck driver, was steering his fully loaded truck north on the Trans-Canada Highway near the Nanaimo Airport at around 6 a.m. Wednesday. 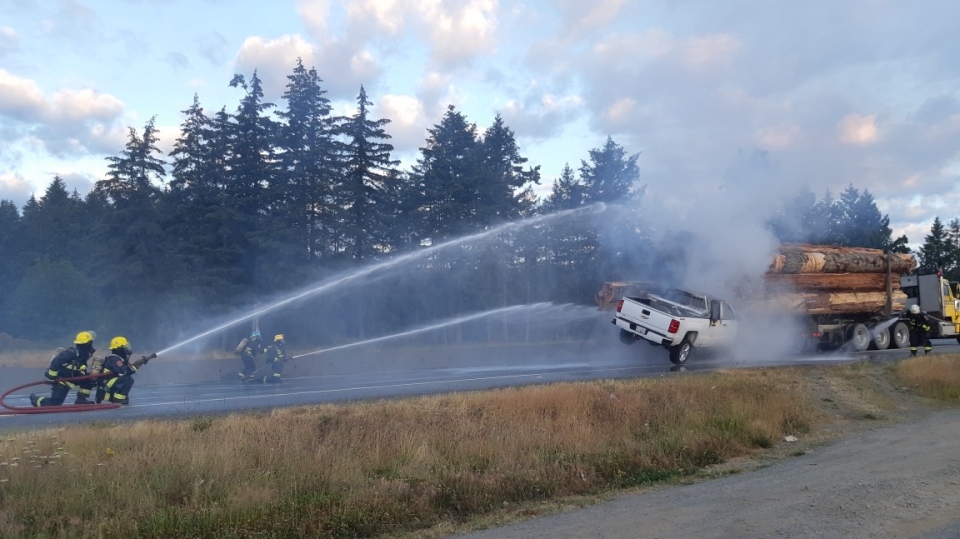 Just after passing the Cedar Road intersection, Wilson says he "felt a great big bang in the back of the truck."

When he pulled over to see what happened, there was a pickup truck wedged in between the logs he was carrying.

"There was a bit of a fire underneath the hood and I grabbed the fire extinguisher and started exhausting it," said Wilson. 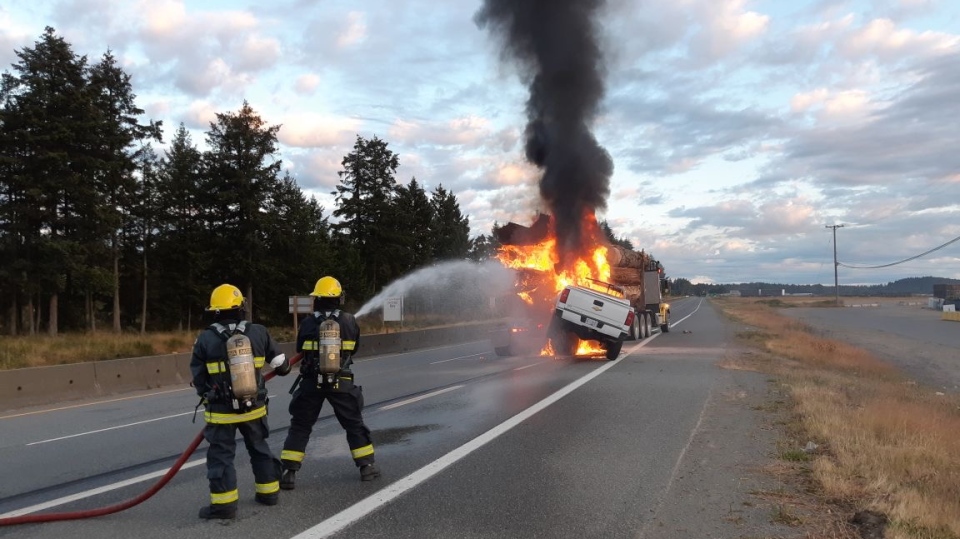 Next, Wilson and a pair of passersby got the driver out of the pickup truck.

“[I] tried to use fire extinguisher after, but the fire just took off and everyone just got out of the way," he said.

"The pickup truck was fully involved with the logs starting to catch on fire," said Hill.

The driver of the pickup truck was transported to Nanaimo Regional General Hospital with serious injuries. Wilson said the injured man told him he had fallen asleep at the wheel. 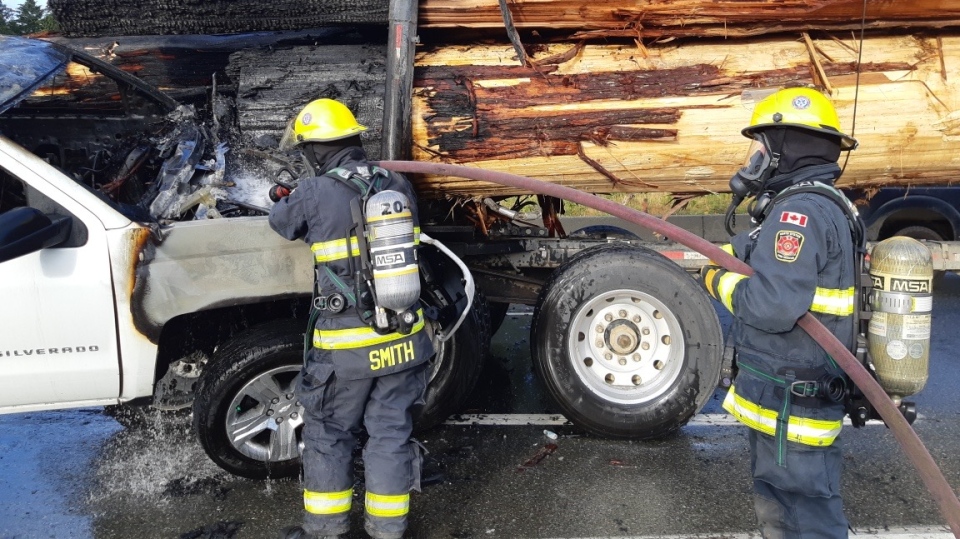 The cedar logs on the truck caught fire and spread a quarter of the way down the load. Crews used a lot of water to suppress the fire and were transporting it using their water tender back and forth to the scene.

Northbound traffic was down to single lane around the accident scene and was reopened fully around 8:45 a.m. 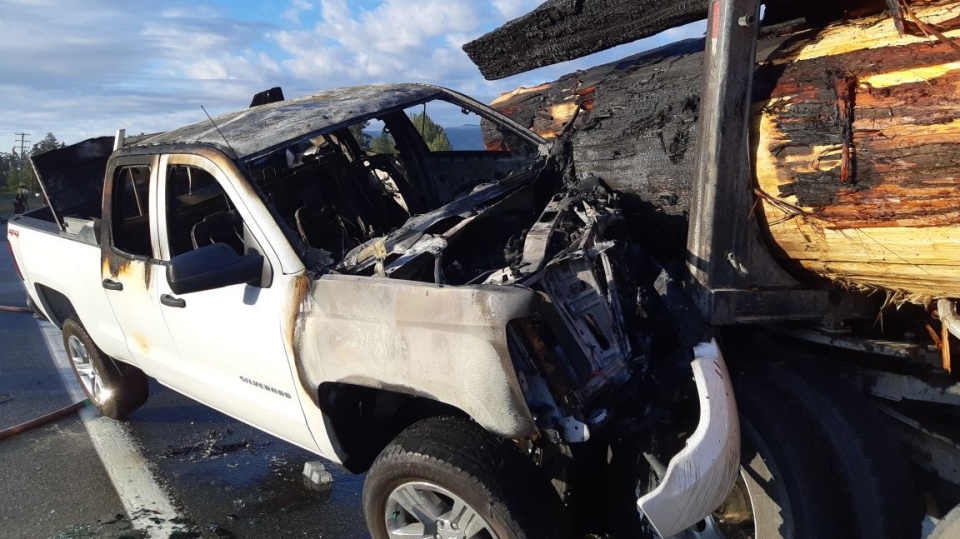