CAMPBELL RIVER -- One man is dead after gunfire erupted in a quiet Campbell River neighbourhood overnight.

Police were called to a cul-de-sac in the 3600-block of Vermont Drive at approximately 2:30 a.m. Wednesday for a report of multiple shots fired.

A neighbour said she heard upwards of six gunshots during the night.

Constable Maury Tyre of the Campbell River RCMP says when officers arrived they found a man dead in the driveway outside the home, next to a pick-up truck.

"The death is being considered suspicious and it's being investigated by the Major Crimes Unit here in Campbell River," said Tyre. "It is being treated as a homicide."

Police in Campbell River asking the public around Vermont Drive / "Little America" and Jubilee Parkway areas to check their surveillance cameras and dashcams for any unusual activity just prior to 2:30 this morning in connection with a shooting homicide. More tonight on @CTVNews pic.twitter.com/j8xs7L7PLL

Police say they don't believe that any other members of the public are in danger and that they're looking for any witnesses of the crime or anyone who may have dash-cam or surveillance video taken from around that time period to come forward.

"Definitely, we want to cast as wide a net as we possibly can in an investigation," said Tyre. "A lot of people's video cameras catch traffic patterns or people wandering around areas at night."

Police are not releasing the name of the victim, nor his age or what his connection might be to the home where the remains were found. Neighbours tell CTV News that the home, located in the 'Little America', or 'Ocean Grove', neighbourhood was being used by several people in a rental situation.

Investigators say they believe they have correctly identified the victim and will be reaching out to the man's family. Police are cautioning members of the public about what they say about the crime.

"Definitely this is a tragic situation for those families and we'd really like to remind the public when they're venturing on social media discussing this, to keep that in mind," said Tyre. "Those are people's families and to be respectful for that." 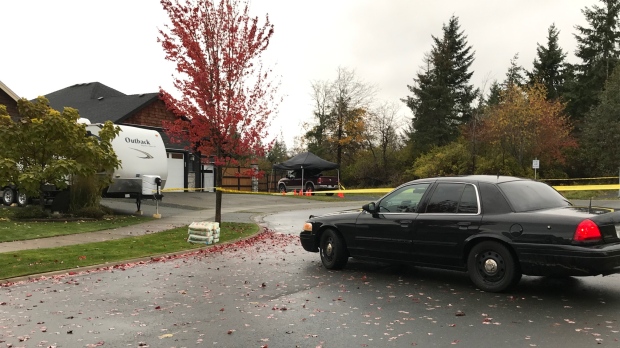