Growers feeling the heat as temperatures surge on Vancouver Island 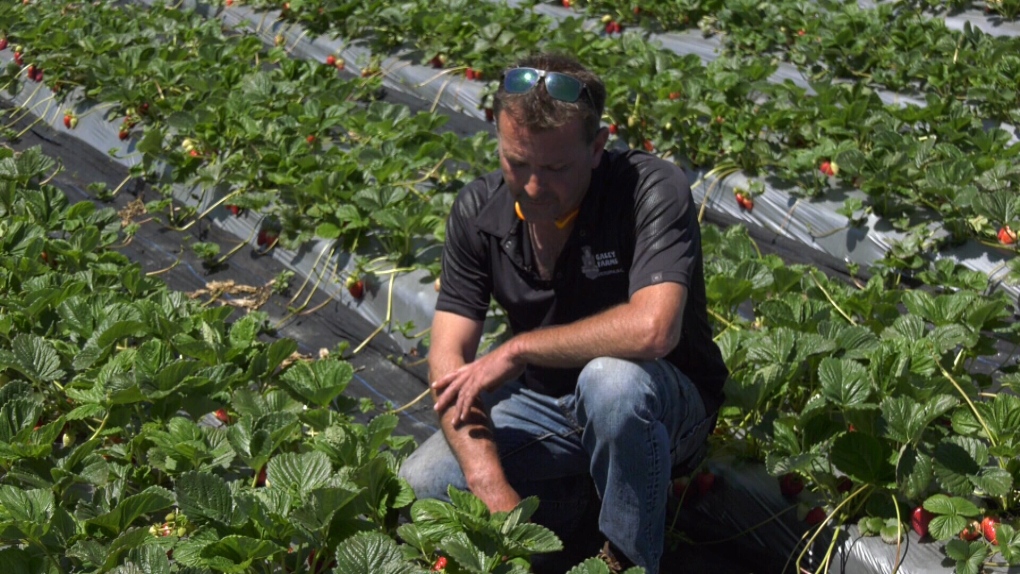 Temperatures are set to soar around Vancouver Island this week and depending on who you ask, it's either good or bad news.

Environment Canada forecast a high of 26 degrees for Victoria on Tuesday, with above-20 temperatures expected to stretch into the weekend.

Further north on Vancouver Island, Nanaimo was forecast to hit a high of 28 degrees and Port Alberni was expected to spike to 31 degrees.

Meteorologist Armel Castellan said the surge of summer-like weather is hotter than the norm for this time of year.

"Things are currently four to six or seven degrees above normal for this little stretch," said Castellan, adding temperatures are usually around 19 degrees.

The heat will virtually erase precipitation that fell across much of B.C. last week, renewing concerns over drought and wildfire conditions.

"The impacts of those drops in a fairly empty bucket will evaporate," said Castellan.

The BC River Forecast Centre said drought conditions will ramp up in the coming weeks with water levels already critical on parts of Vancouver island and the Gulf Islands. The province has issued a Level 3 drought rating for the region as a result.

Vancouver Island has been unseasonably dry so far this year, with Comox breaking a nearly 125-year-old record for driest meteorological spring.

In March, April and May, only 74 millimetres of rain fell on the city compared to the normal amount of 215 millimetres. That trend is likely to continue through the end of June.

"Pretty much, the next two weeks have very little chance of seeing any precipitation," said Castellan. "July is our warment month and we're going to see things keep escalating."

"We are definitely getting more like California," said Galey. "We've learnt to develop ways that we can deal with all these conditions."

Hotter weather has both pros and cons when it comes to farming fruits and vegetables, and Galey said he tries to normalize conditions with technological advances like plastic mulch.

"This keeps heat out during the day and keeps it warm at night," he said.

Meanwhile, local wineries are faring a little better under the sun.

"It's a big challenge for humanity with global warming but we as grape growers have to admit we're getting some real benefits from it," said Lamont Brooks, co-owner of Symphony Vineyard. "The grapes are thriving, really we're getting higher yields and riper grapes so it's all good so far."

While there are currently only a few varietals of reds that can be grown on the island, that could change.

"People are going to start getting tempted by other reds, perhaps Merlot, as the years go down the road," said Brooks.