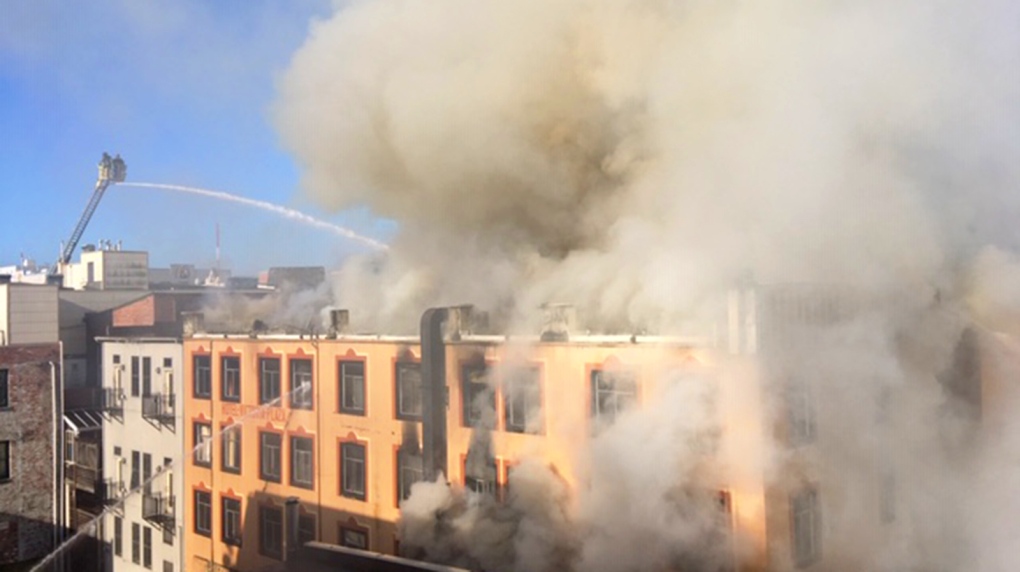 Smoke pours out of windows at the Plaza Hotel in downtown Victoria. May 6, 2019. (CTV Vancouver Island)

One week after flames ravaged the former Plaza Hotel in downtown Victoria, investigators can finally begin their work.

According to city, fire investigators working in tandem with police will begin searching Monday for what sparked a massive blaze in the early hours of May 6.

Firefighters were called to the Plaza Hotel on Government Street just before 5:30 a.m. and arrived to a fully involved fire. Officials said alarms at neighbouring properties went off, but not inside the vacant hotel.

Heavy dark smoke could been seen billowing from the windows of the hotel, the former home of Monty's Exotic Showroom Pub. The streets around the hotel were closed to traffic by emergency officials but large crowds of onlookers had gathered to watch the blaze.

Rescue crews performed a full sweep of the building and didn't believe anyone was inside at the time.

Victoria fire Chief Paul Bruce later said the caretaker, who is known to stay in the abandoned building was unaccounted for, but could not speculate on whether he was inside the building when the fire broke out.

The caretaker, who has been identified as Mike Draeger, has still not been located.

The search for what caused the powerful inferno was put on hold as firefighters tangled with flames for four days. The city now says the fire is completely out and the site is secure.