VICTORIA -- A downtown Langford condo building was evacuated Thursday after a major fire near city hall.

The fire was discovered at 844 Goldstream Ave., a mixed-use commercial and residential building. Residents say they first noticed flames on the patio of one of the upper units. 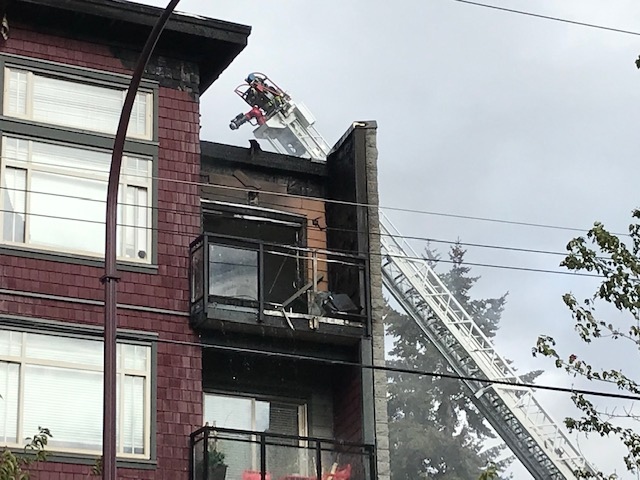 Police and firefighters responded to the scene at approximately 1:20 p.m.

The building is above the Curious Comics store on the ground level. 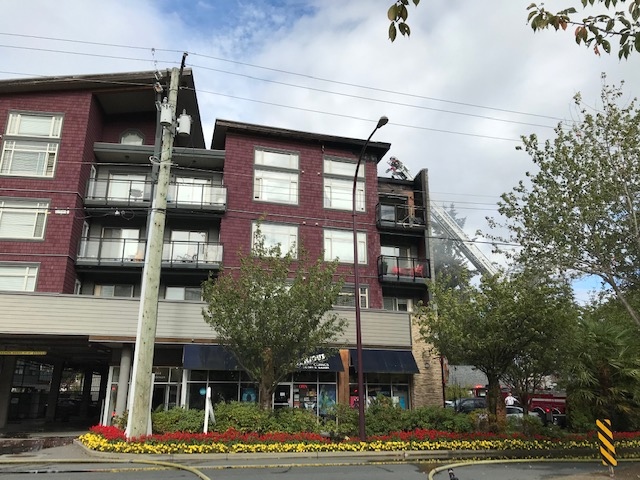 Video posted to social media Thursday afternoon showed thick black smoke in the area. Karen Green shot video of the smoke from her balcony on nearby Hockley Avenue, she told CTV News.

Firefighters extinguished the flames but continued to douse the building with water until after 2 p.m. 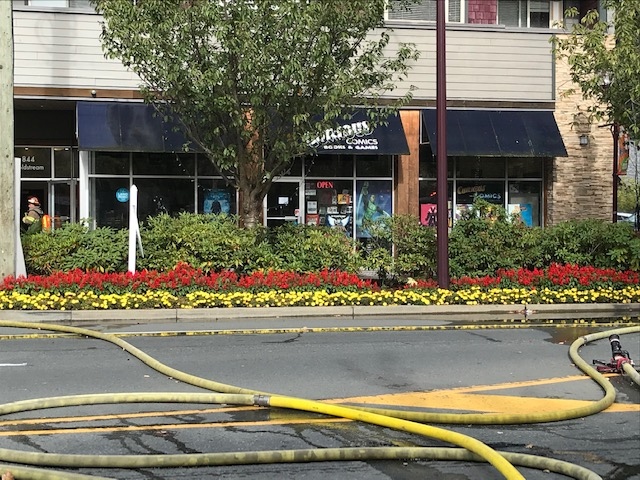 Surrounding streets, including Jacklin Road and Peatt Road were closed and traffic was re-routed from the area.

The fire is not believed to be suspicious but Langford firefighters are still investigating the cause.

Residents of the building who were displaced by the fire were told to visit the Langford Legion at 761 Station Ave. where they would be connected with temporary housing.