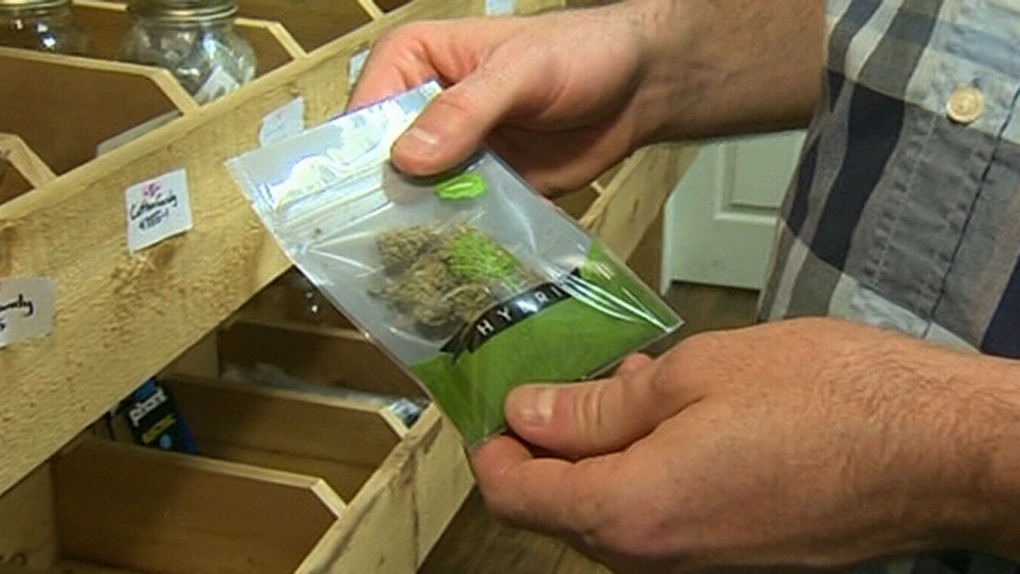 Victoria’s Mayor Lisa Helps says the number of pot shops in the city will shrink once recreational marijuana becomes legalized.

“What you actually see out there is not what will remain out there, over the next five to 10 years,” Helps told CTV News.

City staff say there are currently 28 marijuana dispensaries operating in Victoria, the majority of them in the downtown area.

Most of the pot shops are not in compliance with the rules requiring proper re-zoning and a business license.

Only eight dispensaries are properly re-zoned and licensed and another five are in the process of getting their business licenses.

Once recreational pot is legalized, Helps says those dispensaries that didn’t follow the rules may regret the decision.

“The dispensaries that have not followed our rules have really shot themselves in the foot when it comes to provincial licensing,” Helps added.

The mayor’s comments are in response to concerns from Victoria’s Downtown Residents Association The group sent a letter to council last week expressing concern about the spread of pot shops in the downtown core.

Ian Sutherland, a member of the association, says because other neighbouring municipalities don’t currently allow dispensaries, Victoria has become home to more pot shops than its population needs.

“The number of dispensaries that we actually have are there to serve the entire region, including the entire peninsula and the West Shore,” Sutherland said.

He believes that people living downtown will be left with a glut of unnecessary pot shops once marijuana is legalized.

“The need for these high concentrations of outlets within the downtown area just won’t be there,” Sutherland said.

The province introduced legislation last week that sets out its plan for how recreational pot will be sold in B.C. once it’s legalized by the federal government in the coming months.

The plan calls for a mix of private and publicly run cannabis retailers. It also involves retailers being approved by municipalities and licensed by the province.

Helps says that’s where the city will play a significant role, ensuring not all pot shops get the green light.

“I can understand why people are concerned, because on the surface there are a lot of cannabis dispensaries that are open,” she said. “But not all of them are legally opened according to the city’s zoning regulation, bylaw and business license.”

When it comes time for dispensaries to seek a provincial license, Victoria’s mayor says the city can also influence that.

“If there are dispensaries that aren’t following our rules and then will turn to us and say will you recommend us for a provincial license,” Helps added. “I can’t imagine council saying yes to that.”

The province has pledged dispensaries that continue to operate, even after a licensing application is turned down, will face serious penalties amounting to double the value of cannabis found in the shop.