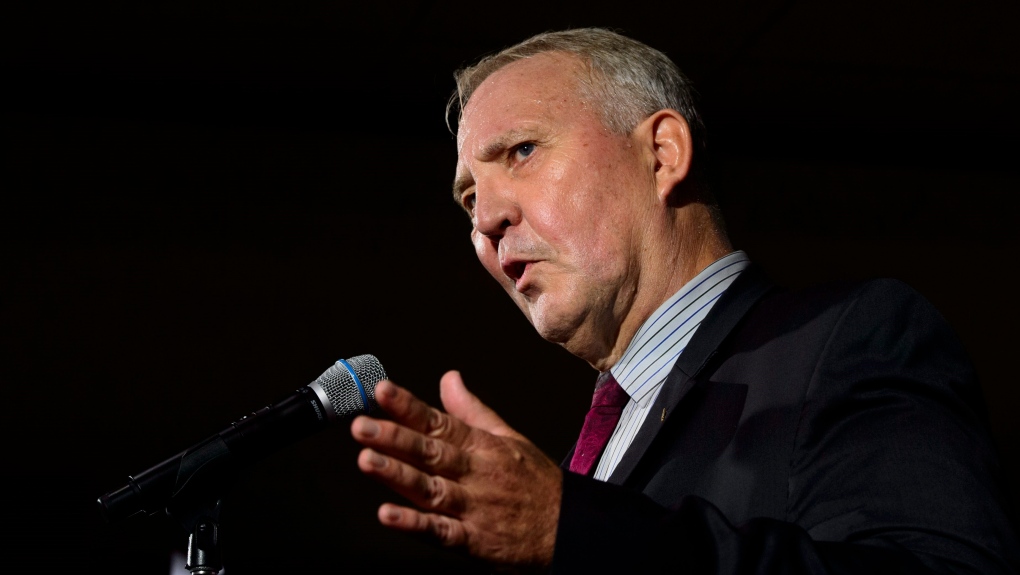 Public Safety Minister Bill Blair says the federal government will soon unveil its list of banned guns, vowing to include weapons similar to that used 30 years ago at one worst mass shootings in Canadian history. (THE CANADIAN PRESS/Sean Kilpatrick)

OTTAWA -- Public Safety Minister Bill Blair says the federal government will be ready soon to produce a list of semi-automatic weapons that will be banned in Canada.

His comments come the same day Canadians are marking the 30th anniversary of one of the worst mass shootings in Canadian history.

But Blair says until the list is approved by cabinet he won't name any specific guns under consideration, including the one used in the Ecole Polytechnique shooting on Dec. 6, 1989.

He says he doesn't want to create a run on gun purchases ahead of the ban.

The Ruger Mini-14 was used in the shooting where a gunman entered the Montreal school, killed 14 women and injured 14 people before killing himself.

Blair says the government will be clear about how certain weapons were selected when the list is made public.

While there is no firm date for its release, Blair said it will be done as soon as possible before noting it was only the second day of the new Parliament.

The Liberals promised during the federal election campaign to ban military-style assault rifles and give municipalities the ability to put limitations or bans on handguns within their own borders.

The party also said owners of legally purchased firearms that fall under the ban would receive fair-market compensations for their weapons as part of a buyback program. Blair said during the campaign about 250,000 semi-automatic assault rifles are owned legally in Canada.

The Liberals have been pressured by survivors of the Montreal Massacre to do more to restrict guns in Canada and Prime Minister Justin Trudeau used his House of Commons speech marking the massacre Friday to say the government will be moving on its campaign promises.

“We will strengthen gun laws and ban the type of weapons used at Ecole Polytechnique,” he said.

“These weapons, designed to kill the largest number of people in the shortest amount of time, have no place in our communities, in our streets, in our country.”