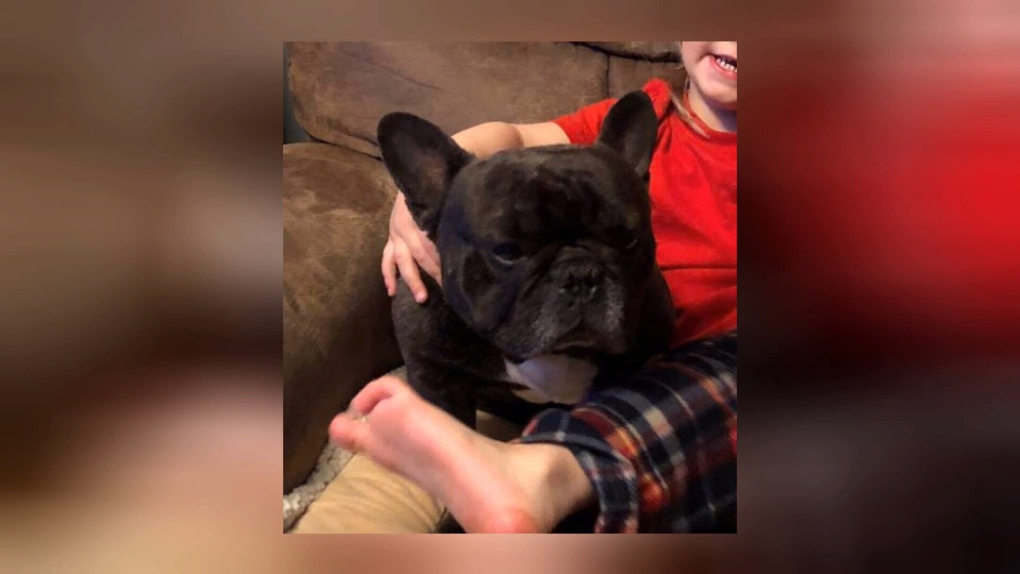 A Nanaimo dog owner is asking for help locating her French bulldog after she believes the pet was stolen from her property.

Rachel Laird says she left six-year-old Ozzy at home on a leash on Saturday night. When she returned to her South Nanaimo home, Ozzy was missing but his collar and leash were still there. The animal’s identification and rabies tags were both missing.

“I’m upset and my kids are devastated,” Laird said.

“Maybe one a week, maybe every two weeks. We always make sure that the owners go to the police first and file a police report,” Shade said.

He said there’s no doubt Ozzy was stolen, and believes the most common reason for dog theft is for puppy mills.

“A lot of times someone will just grab it, even when it’s a female and they can’t tell whether it’s been spayed. They’ll just grab it and run a puppy mill.”

Ozzy is brindle brown, approachable and not neutered, Laird said.