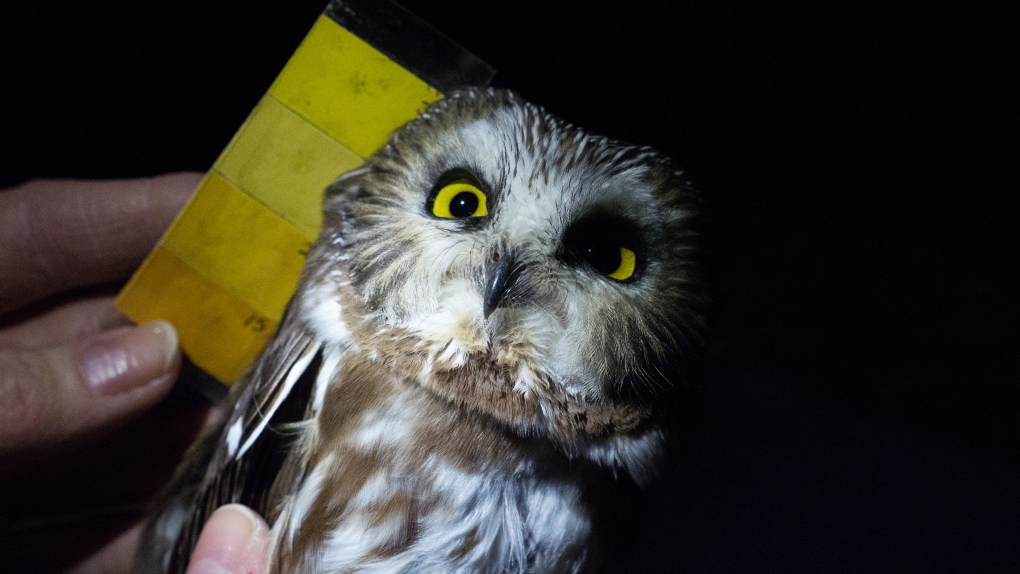 The crisp cold nights of late September send many on southern Vancouver Island clamouring for a warm fireplace or at least a simmering cup of tea.

But for a team of conservationists, dipping temperatures and darker skies are an invitation to a secluded sanctuary where one of Canada's smallest owls is found by the hundreds.

Roughly the size of a coffee cup, the Northern Saw-Whet owl is diminutive, but researchers have discovered this tiny and, yes, adorable owl's greatest strength is likely found in its numbers.

At the Rocky Point Bird Observatory headquarters near Pedder Bay, the brown, white and black-feathered owl is being safely caught, catalogued and tagged so we can learn more about the miniature bird that largely remains a mystery.

"No one had any idea about owl populations in coastal British Columbia and we still don't know a lot," said researcher Ann Nightingale.

According to experts, the Northern Saw-Whet was considered rare in coastal British Columbia up until the late 1970s, but new research compiled on southern Vancouver Island shows that while the impish owl may be hard to spot, it's far from scarce.

Since 2002, observatory staff and volunteers have cataloged hundreds of migrating Northern Saw-Whets. Tipping the scales at between 75 to 105 grams, researchers spot up to 400 in a season, and usually observe a breeding cycle which sees populations jump and then decline in a four-year period.

But this year – something is different.

"Perhaps their nesting habitat was gone because of the fires from last year or this year," said Nightingale.

The total of Northern Saw-Whets using southwest Vancouver Island is still considered robust, but in the past two years, researchers have recorded a downward blip and believe two historic wildfire seasons could be to blame.

This, however, is simply a theory and Ann Nightingale can quickly explain why: "We don't even know where these birds came from."

While a veritable river of these owls use southwest Vancouver Island skies as a migratory highway, the Rocky Point Bird Observatory is still trying to definitively answer where they are coming from.

Nesting all across North America, birds tagged at Pedder Bay have been found in Oregon and on the other side of the Canadian Rocky Mountains. Exactly where they nest en masse is a point researchers are looking to finalize.

On southern Vancouver Island, nights in late September and early October are pivotal for volunteers and researchers desperate to know more about this puzzling owl. Crews meticulously measure, catalog and band each palm-sized bird. Volunteers even use a blacklight to identify age. Amino acids in young feathers glow a pinky red under the dim pulse of the blue light.

"If we don't learn this stuff now, we might lose them," Nightingale said.

It all chalks up to a huge amount of work for a species which seems to be booming, but under the dark skies of Pedder Bay, it's a light the collective of bird lovers seem intent on shining. 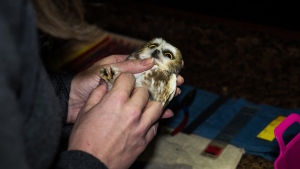