Shortly after 1:30 p.m. Wednesday, crews were called to the Henlyn Dr. area for reports of a wildfire. Chief Kenn Mount told CTV News his firefighters could actually smell the smoke from their station before the call came in.

Mount says three trucks with roughly a dozen firefighters responded to the scene. The fire was tracked burning along the ground, but so far has yet to ignite trees or a nearby structure, he said.

High winds are a major concern for firefighters on the ground. Mount told CTV News he estimates gusts are topping out anywhere from 70 to 80 kilometres per hour at the scene.

Sooke Fire and Rescue have advised B.C. Wildfire of the situation, but say they have not requested help yet.

Fire crews have created a containment zone around the fire and will continue to douse the flames and monitor the area. 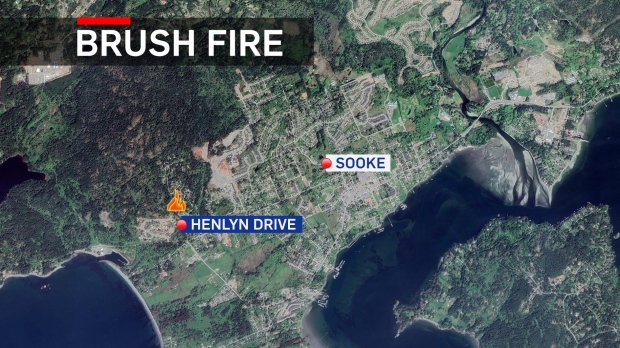