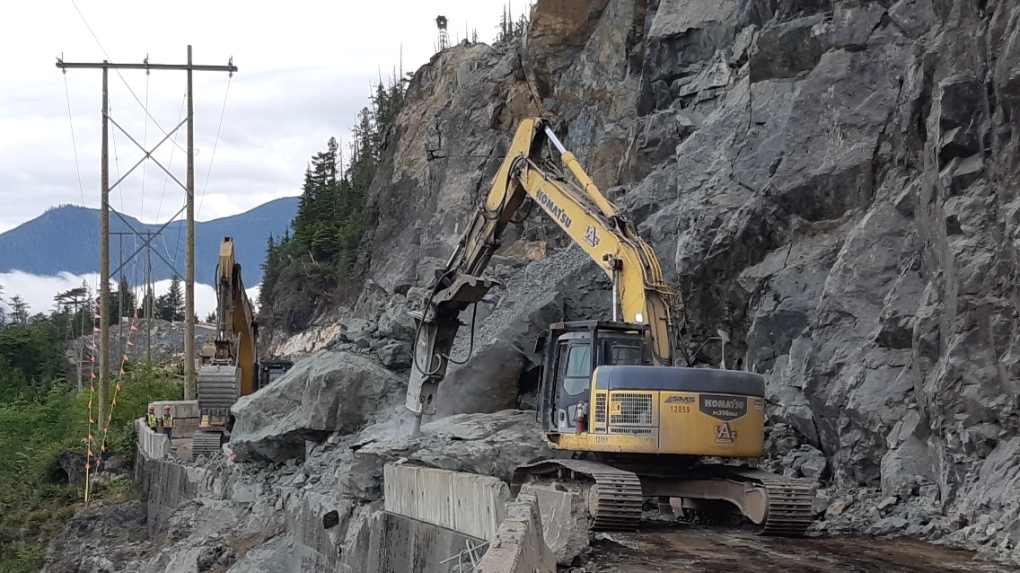 Several large chunks of rock crashed onto Highway 4 near Kennedy Lake, shutting down the route in both directions Tues., July 9, 2019. (Ministry of Transportation)

Planned blasting work shut down Highway 4 near Kennedy Lake Tuesday after boulders came crashing down onto the road.

At around 3 a.m., a blast caused several large blocks of rock to spill onto the road, requiring a longer-than-normal closure as crews try to clear the highway.

"While efforts are made to control the amount of rock released, this can sometimes be the result," the Ministry of Transportation said in a news release. "The crew is working as quickly as possible to reopen the highway."

The ministry said it apologized for any inconvenience caused by the closure.

At 5 p.m. the highway was reopened to single-lane alternating traffic but travellers were warned to continue to expect lengthy delays.

Drivers were asked to check Drive BC's website for updates.

The blasting work is part of the Kennedy Hill Safety Improvement Project, which will upgrade a 1.5-kilometre stretch of the highway with widened shoulders, two full lanes and a roadside barrier.

Highway 4 is the longest east-west highway on Vancouver Island.