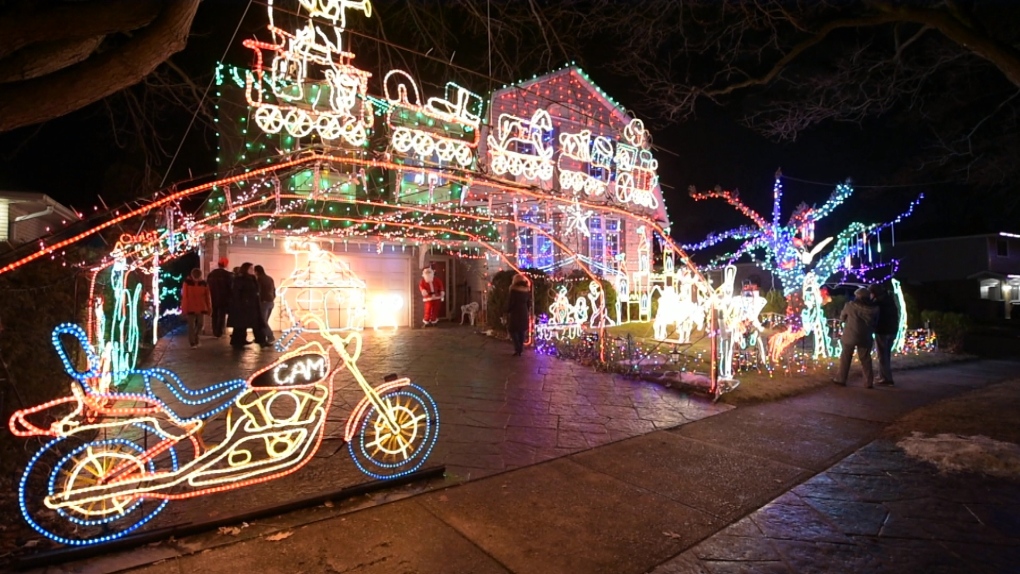 BC Hydro is warning homeowners who string up elaborate holiday lighting displays that those decorations can significantly boost power costs.

A new report from the Crown utility says the outdoor lighting load plummeted about 40 per cent by 2011 as LED lights replaced incandescent bulbs, but a trend toward larger displays has increased the load by 15 per cent since then.

Popular inflatable holiday decorations are among the worst offenders because Hydro says they are typically run day and night.

The BC Hydro report finds nearly 60 per cent of households put up holiday lighting and one in five of those households uses at least eight strands of lights.

Hydro also estimates that about one-third of lights still in use are energy-gobbling incandescents, and says if the infamous holiday display in the film National Lampoon's Christmas Vacation were incandescent, it would cost $4,700 to light.

The report says that bill would drop to about $50, if the lights were LED and it urges Hydro customers to switch to the energy efficient version.