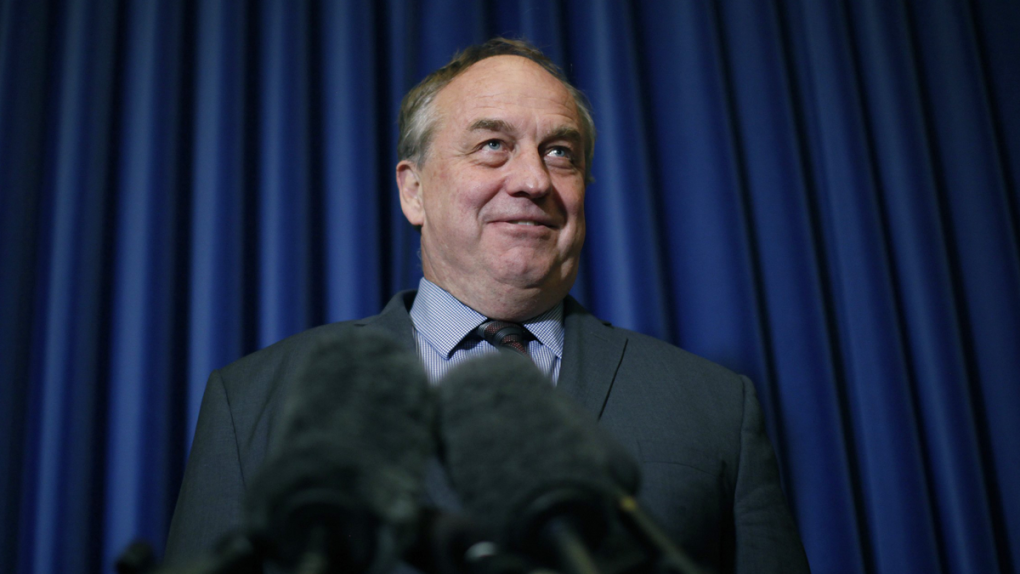 VICTORIA -- B.C. Green Party leader Andrew Weaver says he is excited for the future of the Green Party of Canada after Elizabeth May announced she was stepping down as the party's national leader Monday.

May told a news conference on Parliament Hill that she's stepping down as leader effective immediately, and appointing deputy leader Jo-Ann Roberts as her successor.

“I thank Elizabeth May for her long-standing service to Canadians as the leader of the Green Party of Canada," Weaver said in a statement.

"As a voice of principle and reason on issues such as climate change, she has elevated the national conversation and forced other parties to take bolder positions."

May, 65, says she promised her daughter three years ago that the 2019 election would be her last as the party leader, though not necessarily her last as an MP.

The fact that neither of the other two Green MPs elected last month – Jenica Atwin in Fredericton and Nanaimo-Ladysmith's Paul Manly – were tapped for the interim job, ensures they are eligible to seek the permanent job at a leadership convention in October 2020.

“As members of the Green Party of Canada reflect on what is next, I hope that it will be with an eye to building on Elizabeth’s legacy and the opportunity that the future holds," Weaver said.

Atwin is the first MP from outside of B.C. to be elected under the Green banner.